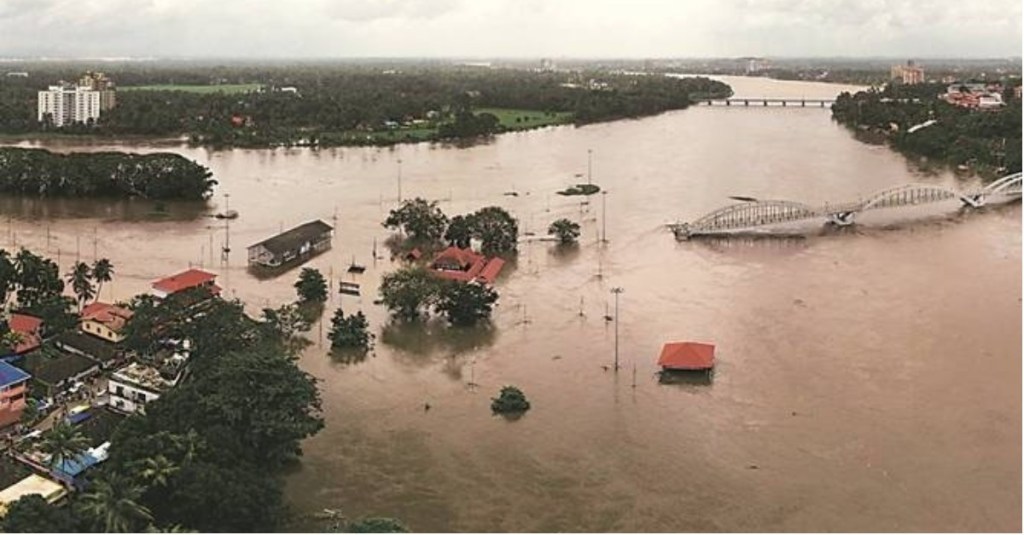 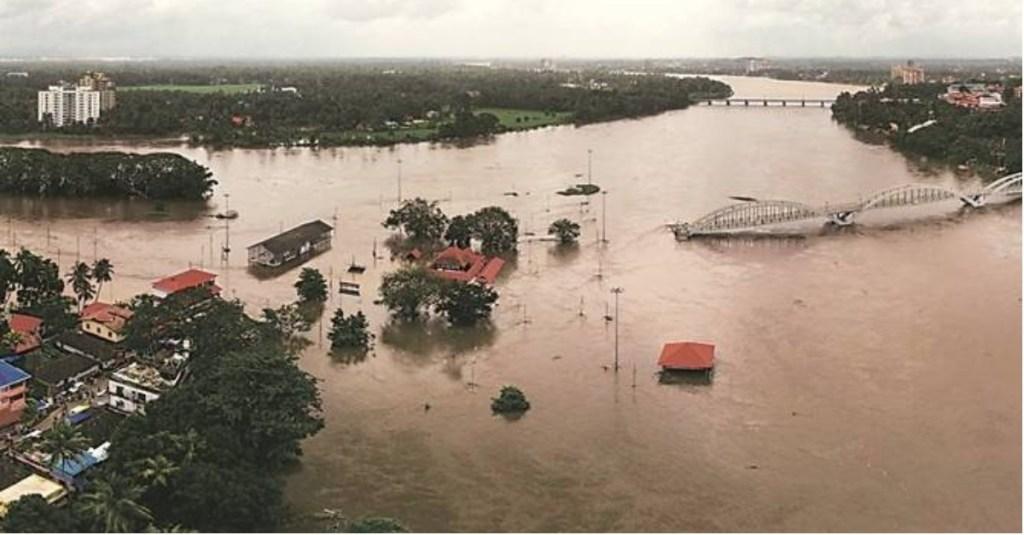 For the past few days, our TV screens and social media platforms have been filled with the coverage of the Kerala floods and trust us, it’s still not enough. The state is facing its worst floods in 94 years and the state is in chaos. The official death toll has risen to 164 since August 8th and nearly 2,23,000 people are living in 1,568 relief camps.

In the midst of all this, help is needed from everywhere. People are stranded in neck-deep water in remote areas and others are sharing gut-wrenching pleas on Instagram for someone to help. In this current scenario, people have stepped up and made it their mission to help those in need.

IAS G Rajamanikyam and IAS NSK Umesh, Sub-Collector, Wayanad have taken it upon themselves to help those in need. They were seen carrying bags of rice on their shoulders so that food could reach the camps at the earliest.

#Update #KeralaFloods2018 Column of 44 Field Regiment constructed foot bridge at area Padikkad from local resources. In heavily pouring rain the construction was completed. We are at it #OpMadad #KeralaFloodRelief pic.twitter.com/dKRf3zGe9S

The Indian Army, Navy and NDRF all joined forces when the rains washed off the roads and built a bridge using fallen trees in Malappuram. This saved hundreds of lives and we cannot be more thankful for their presence of mind.

#keralafloods fishermen on the way with there boats for rescue operations #kerala pic.twitter.com/LqhlM4nNyv

Local fishermen have given their own boats to the army. They are lending their hands in rescuing as many people as they can from parts of the state.

Yes, tiny tots Haroon and Divya broke their piggy bank and donated all their savings worth Rs 2,210 to the CM’s Distress Relief Fund. They saw their parents taking blankets and clothes and wanted to contribute to the relief work.

A 45 days old infant being rescued by soldiers of 19th battalion Madras Regiment. The infant and mother have been shifted from their partially submerged house to a relief camp in Manjaly, Ernakulam. #KeralaFlood @adgpi pic.twitter.com/4qqFRNgtv7

The casualty count would have increased, had it not been for these soldiers who rescued a little baby from drowning.

Baby deer was saved by locals

Not just humans, even animals are in danger in the state. These locals found a baby deer and saved it from drowning.

Meet #Vishnu. He is a blanket merchant from Maharashtra. He came back to Kerala with 50 blanket to sell. But once he knew about the calamities this guy didn’t have to think twice he donated his entire stock of blankets to the district collector. #KeralaFloodRelief pic.twitter.com/fcz7MTE5LL

Vishnu went to Kerala to sell 50 of his blankets but ended up donating them all to the District Collector when he heard of the crisis the state was in.

Coconut Lagoon is donating 100% of the Buffet earnings over the next 3 days Thursday, Friday & Saturday. Please support us to send some love to Kerala during this very difficult time. #LoveforKerala pic.twitter.com/94YXaBA9UF

Coconut Lagoon, a popular restaurant in Kerala, is all set to donate all of the revenue made from buffet lunches from Thursday to Saturday to aid the people stranded.

In a bid to provide monetary aid, Sun TV has donated one crore to help with the disaster management.

Malayalam news channels are acting as helplines instead of broadcasting stations

Dropped into the newsroom of @asianetnewstv to commend them on their exemplary 24×7 coverage of the #KeralaFloods. They pulled all commercials & ad breaks to cover the unfolding crisis in a remarkable demonstration of commitment to news above profit. May our media ever improve! pic.twitter.com/XPDE1tQi3Z

Many channels are covering the news 24×7 and have even pulled off commercial and ad space to put human lives ahead of company profits. Kudos!

This madrasa in Kozhikode district of Kerala is the largest relief camp in the district. Even in this cataclysm, humanity thrives in Kerala.

We are together in this battle for survival. #KeralaFloods pic.twitter.com/QThJ1MsLXa

Religion is taking the sidelines as people from all faiths are coming together to survive under the same roof in a madrasa in Kozhikode.

These stories of humankind standing up in the face of adversity and putting ‘us’ before ‘me’ is bringing tears to our eyes. However, the situation is still devastating and we need more helping hands.

As of today, a large part Kerala is submerged under water and the situation is getting worse. The airport, railway stations as well as roads have been blocked and jammed. Thousands of people are displaced and the property damage has been estimated to be more than Rs 8,000 crores. Kerala needs your help, each one of you. And here’s how you can contribute:

2. You can transfer funds directly to the CMDRF here.

3. Most cities have collection centres and you can find those and donate anything you think will be useful

4. You can forward these helpline numbers for those looking for aid.

5. You can visit kerela.gov.in to see which supplies are most needed in which district.

6. For information on donation, NGO Goonj is doing great work, you can find details here.

If we all donate just a little bit we can make a huge difference in the lives of millions of our countrymen.