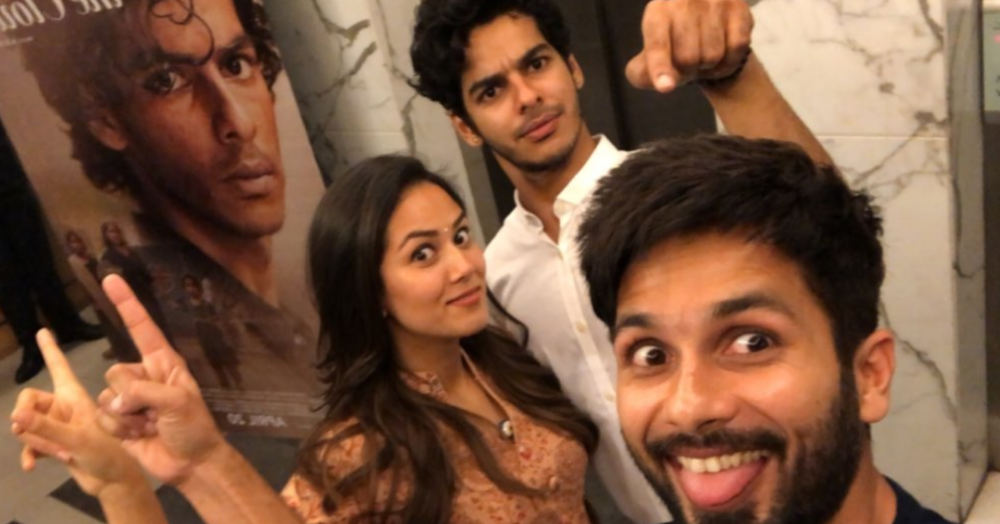 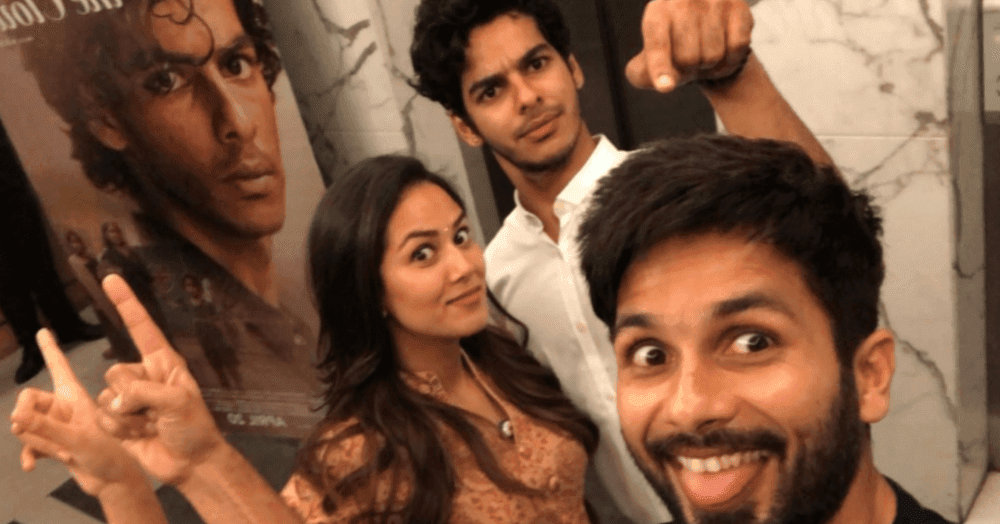 Mira Rajput & Ishaan Khatter Are The Cutest Devar-Bhabhi Or What?!

Last night, Shahid Kapoor and Mira Rajput attended the special screening of Ishaan Khatter’s debut film, Beyond The Clouds. Bhabhi Mira Rajput took to Instagram and posted several stories with hubby Shahid and bro-in-law, Ishaan. She even had the cutest, most adorable captions to go with the pictures.

‘All the best chota. Chal motor chala.’ Isn’t that cute? And there’s another one with the trio being all fun and goofy!

This isn’t the first time we’ve see Mira bonding with Ishaan. The two get along like a house on fire and Mira is often heard praising Ishaan and his acting skills. Such major Devar-Bhabi goals, you guys!
Here’s another throwback picture of the trio!

According to reports in a leading daily, when Ishaan was asked about Shahid‘s reaction to his performance in his debut film, Beyond The Clouds, Ishaan said, “You know, for the longest time, he couldn’t watch the film because he was busy with Padmaavat. Finally, I had to ask Majid sir, to organise a private screening for Bhai. Normally, Majid sir doesn’t arrange private screenings for anyone. But he made an exception for Bhai. It was just my mother, Bhai and I.”
“It was one of the most memorable events of my life. Bhai didn’t say anything. When the film was over, he took an angdaai and then gave me a look expressing what he felt. That look said it all. It meant the world to me. I’ve always looked up to Bhai. And I continue to seek his advice,” Ishaan further added.
The film is all set to release on April 20, 2018. The film also stars Malavika Mohanan opposite Ishan. We can’t wait. Can you?