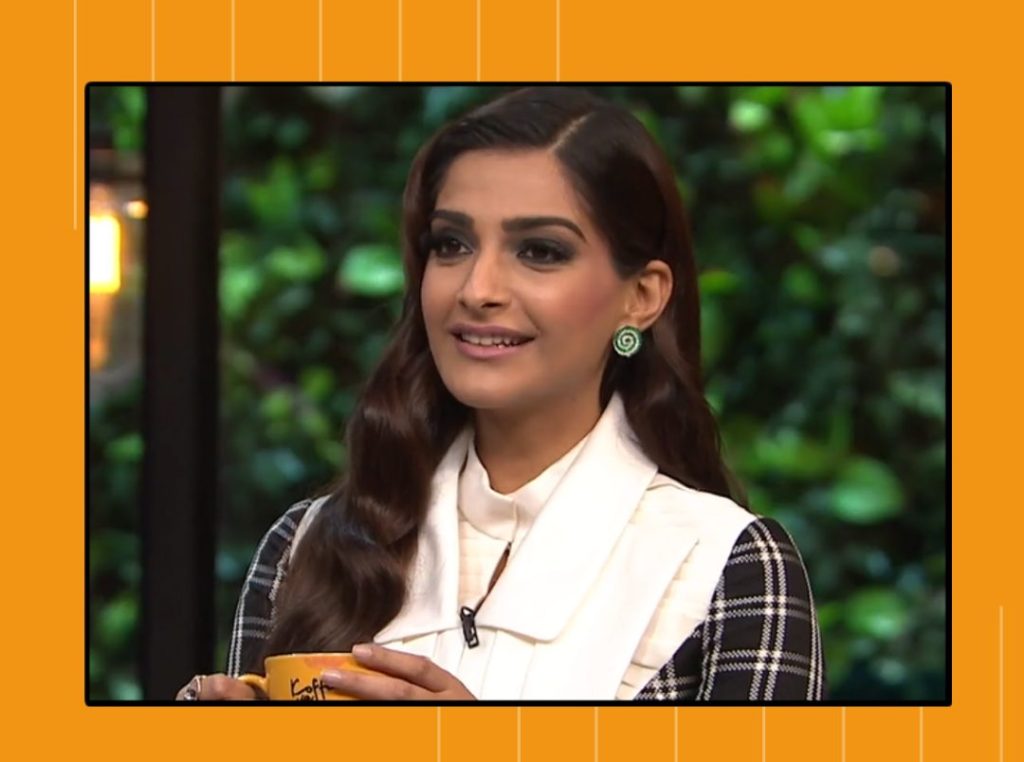 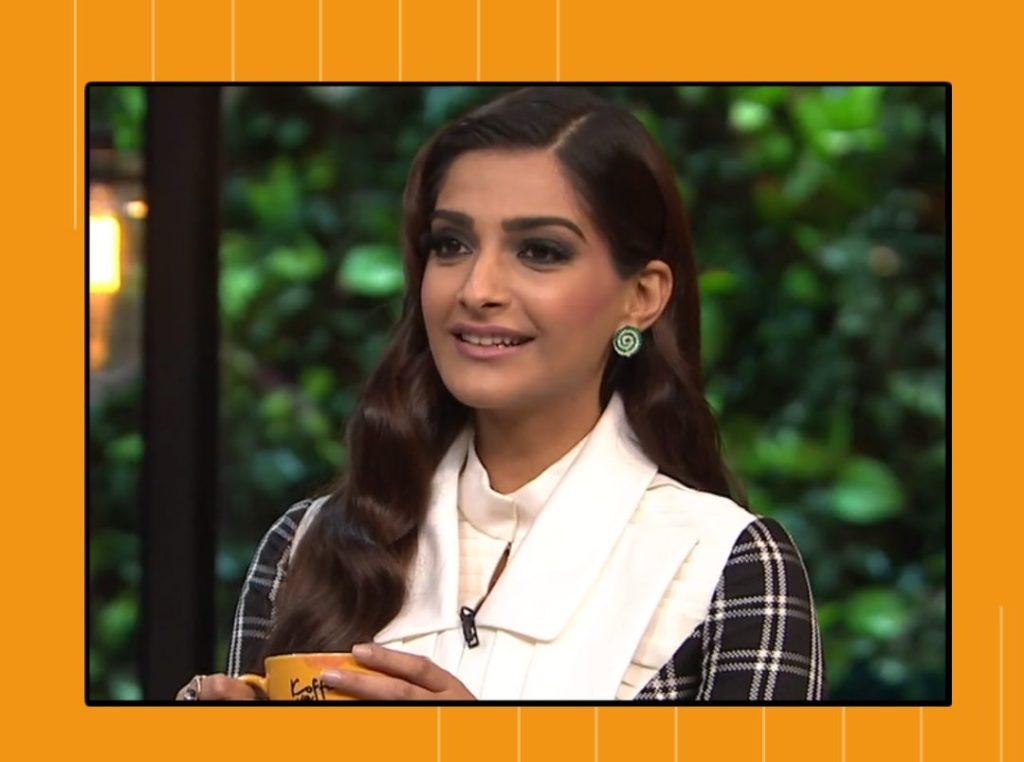 Sonam Kapoor’s looks never go unnoticed. The soon-to-be mum is one of Bollywood’s most recognisable beauty icons – from her plethora of voguish hairstyles to her impeccable makeup, she simply always seems to get it right. Instead of playing it safe, she consistently slays the stage with bursts of colour on her lids, a bold lip, or often both – making everyone crave to recreate her screenshot-worthy glam.

India’s fashion darling Sonam Kapoor Ahuja has served us many bookmark-worthy beauty looks, and here we round up some of her avant-garde beauty moments as seen on the Koffee With Karan couch. Keep scrolling to feast your eyes.

Can we just take a minute to appreciate this bronzed look? Sonam Kapoor killed it with a natural bronzed glam look, and we stan. The internet lost its mind when Sonam posted a carousel of photos of this look. The winged liner paired with a creamy eye and nude lip is just *a chef’s kiss.* Paired with sky-high false lashes, it’s the perfect makeup to rock on a night out this season. While her makeup look was hot as hell, it was her bombshell waves that stole the damn show.

Sonam has a way with eye makeup, period. Although it’s impossible to choose our favourite thing about this glam – Hollywood retro waves included, the smokey eye looks killer on Sonam. When you wear a bold smokey eye, you don’t need much else. To keep up the edge, Sonam completed the look with a nude lip for the ultimate cool-girl effect. The hair, makeup, and dress gave us ‘60s mod vibes in the best way possible.

Sonam’s smokey eye moments always win. These charcoal-coloured smokey eyes and chocolaty lip gloss pair perfectly with Sonam Kapoor’s sleek hairdo. Keeping your smokey eye and lips in a brown hue is always a good makeup move. This stand-out eye-and-lip duo breaks all the rules in the best way. It’s proof that you don’t have to tone down your eyes for your lips (and vice versa).

The star made her KWK debut with a bomb of a beauty look that featured a razor-sharp jawline, a brown glossy lip, and smouldering smokey eyes. Sonam’s beauty look was a lesson in how to nail the 90s supermodel makeup trend. ICYMI, the ’90s-inspired brown hues are making a comeback once again. After a long stretch on the bench, the brown shadow has been picked up, dusted down, and given a seriously cool makeover. It is a trend worth trying out to help your peepers realise their most glam potential. It helps bring out depth and dimension and we’re officially sold! For millennium babies who missed the OG hype – try Sonam’s picture-perfect makeup to take your time machine back to the ’90s.

Koffee with Karan season 7 episode 1 promo: Ranveer and Alia got real about their married lives and how it all went down on their wedding day. The newly wedded dulhan of Bollywood spilled the beans on her big day and revealed that the concept of ‘suhaagraat‘ is a myth as everyone is too tried to do anything.

Beauty looks by Kareena Kapoor on Koffee With Karan: From her Barbie-like Poo era to her soon-to-be-mom era, here are Kareena’s biggest beauty moments on the chat show.

Koffee With Karan Games: While we’re ardent fans of both the rapid-fire round and Koffee quiz, here are a few Koffee With Karan games we think should be introduced on the show this season to make it bigger and better. So Karan, we hope you’re listening!