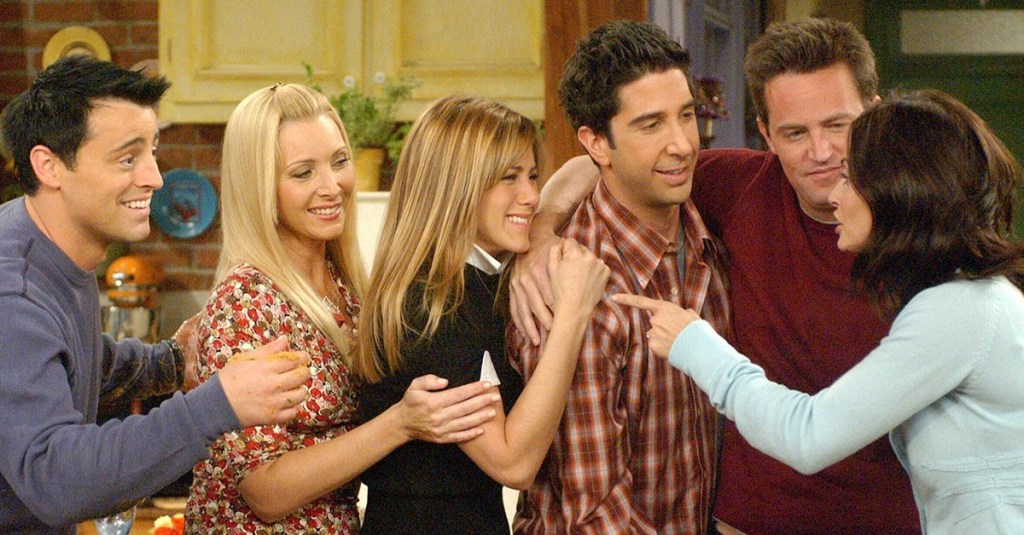 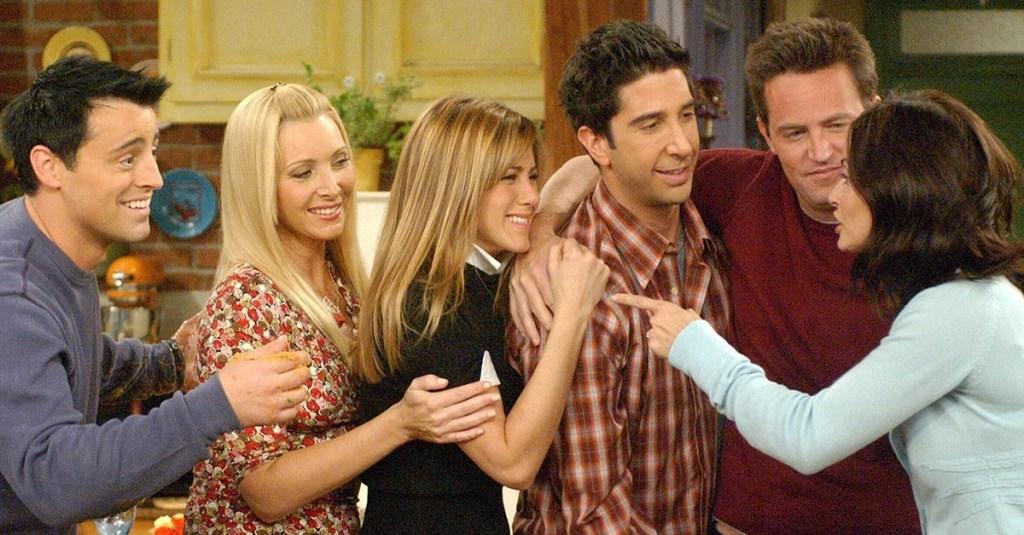 If Friends Was Set In 2018… Here’s How Your Favourite Characters Would Dress Up!

It’s 14 years on and we still sleep binge-watching a few episodes of F.R.I.E.N.D.S, like every night. At least I do! I practically grew up alongside the show and I still laugh with the same intensity when Chandler cracks a joke or Joey falls on the floor. Even Netflix streams the show now, for millennials to get their funny fix. Like me, I’m sure you too wonder what the friends are up to today. Well, here you go. This is what the six are probably up to, and would dress as if the show was still running in 2018.

A great sister, a loyal best friend, a loving wife, and a caring mom, Monica is so much more than the Head Chef at one of New York’s top starred restaurants in 2018. But she likes to have her off-days now that she has three kids (including Joey,) a dog and a Chandler to look after. This is what Mon would wear on a Sunday outing with the fam.

Well, you know Chandler, the lazy ass that he is especially when it comes to fashion! Obviously Monica shops for him. Having adopted two beautiful twins, Jack and Erica, Chandler is not just Mon’s daddy (if you know what I mean,) but ‘Daddy Cool!’ Here’s how the Chan-Chan Man would clean up today, and not just clean, Monica-clean!

In 2018, Rachel has finally moved on from her Ralph Lauren v/s Gucci feud and lives with Ross and Emma in a rustic Italian house with a fireplace and all. Instagram can’t get enough of her fashion game (BTW, she has almost 500k followers). I think she’ll ditch the pantsuit and wear something trendy like this:

A pair of classy Button Embellished Flare Pants (Rs 1,152) with a beige monotone theme set in a lace frilly shirt, tie-up boots, a bucket bag, and hoop earrings (Rs 399) to bring it together.

The ‘Science Boy’ with a super thirst for knowledge, Dr Geller, is trying to get Emma interested in Science after Ben changed his major again. Being married to Rachel, the fashionista that she is, he obviously has a better hang at shopping than he had back in the day(s.) Hmm… he might be as upbeat as the denim-on-denim trend of the season.

A crisp Denim Shirt (Rs 3,495) with knee-slashed jeans and brown casual shoes. I like to think that he wears glasses now. Dorky is the new sexy, after all!

Phoebe is a cool mom to her 13-year-old (who she almost named Phoebe) with Mike and an even cooler aunt to Frank’s triplets. She drives them home when they’re too drunk, and confiscates their beer when caught. Where she works, who can tell, but she’s still as quirky (and vegetarian) as ever. Here’s something you can see her wearing at Central Perk.

A midi skirt that looks like a watermelon paired with a turtleneck. She’s wearing brogues (Rs 1,125), a heavily beaded necklace with matching tassel earrings (Rs 320), and a magnificent kitty clutch.

Still as charming as ever, Joey has become a millionaire after starring as the lead in his own TV series called Joey. He makes special appearances at the Knicks games, and signs autographs with a “How you doin?” for the hot ladies. You’d think he’d wear suits of gold and shoes of diamond, but our Joe is as sweet as ever.

Guess what? Comedy Central is hosting a F.R.I.E.N.D.S. Ultra-Marathon starting Friday, 19th January, 11 am onwards! The ultra-marathon would comprise of all 10 seasons, 236 episodes for 5 days airing back to back only on Comedy Central.

Not only that! If you think you’re ‘India’s Biggest Fan of  F.R.I.E.N.D.S’ then they’ve got a contest you need to know about! The channel will feature a special ticker during the marathon, that the participants will have to keep a count of. The reader who shares the closest count of tickers, wins the contest!