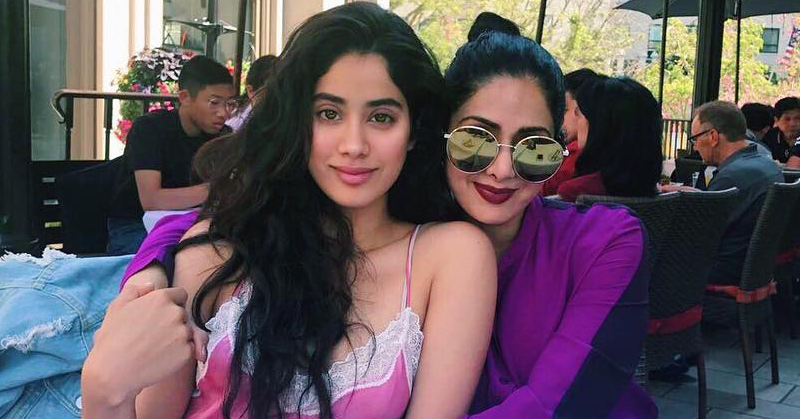 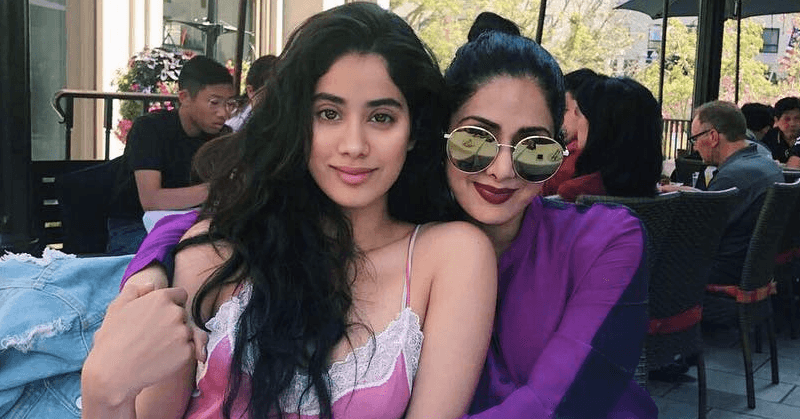 This Video Of Sridevi Mocking Janhvi Kapoor’s Hindi Is Just So Cute!

Sridevi shared a special bond with her daughters, Janhvi and Khushi. After Sridevi’s death, Janhvi shared a heartfelt message that gave us an insight into their relationship.

“My friends always said I’m perpetually happy, and now I realise it was because of you. Nothing anyone said mattered, no problem was big enough, and no day could ever be dull because I had you. And you loved me.”

A proud mom, Sridevi too would post many photographs with her daughters on Instagram and it showed that the close-knit family had an unbreakable bond.

And recently, we discovered another side of their relationship: The playful one.

A video that has resurfaced shows Janhvi being asked a question at a press conference about her plans in Bollywood. As she struggles to reply in Hindi, her mother seizes the moment and teases her about it.

Watch the hilarious moment for yourself:

Janhvi will be making her debut with the movie Dhadak, opposite Ishaan Khattar (Shahid Kapoor’s half-brother) this year. The movie is said to be a remake of the romantic drama Sairat, which was the first Marathi film to cross the 100-crore mark.