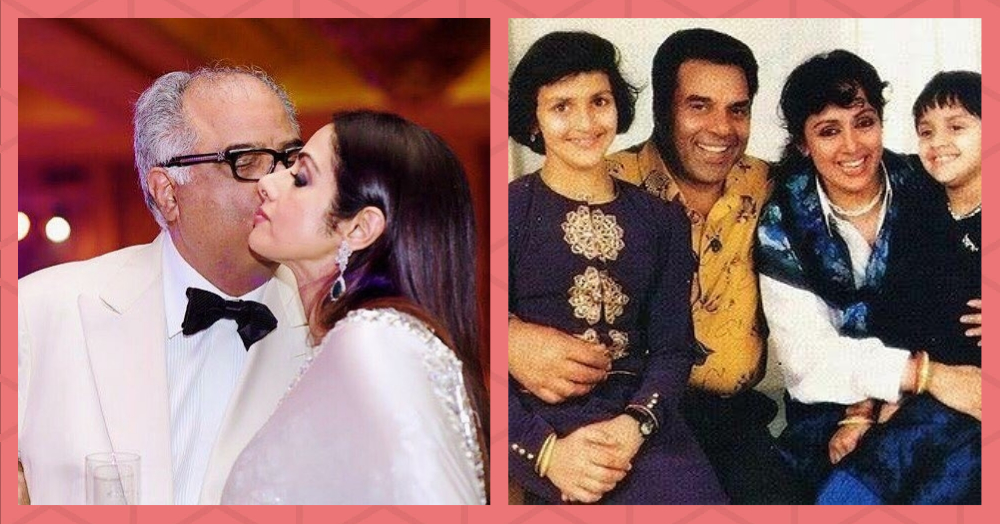 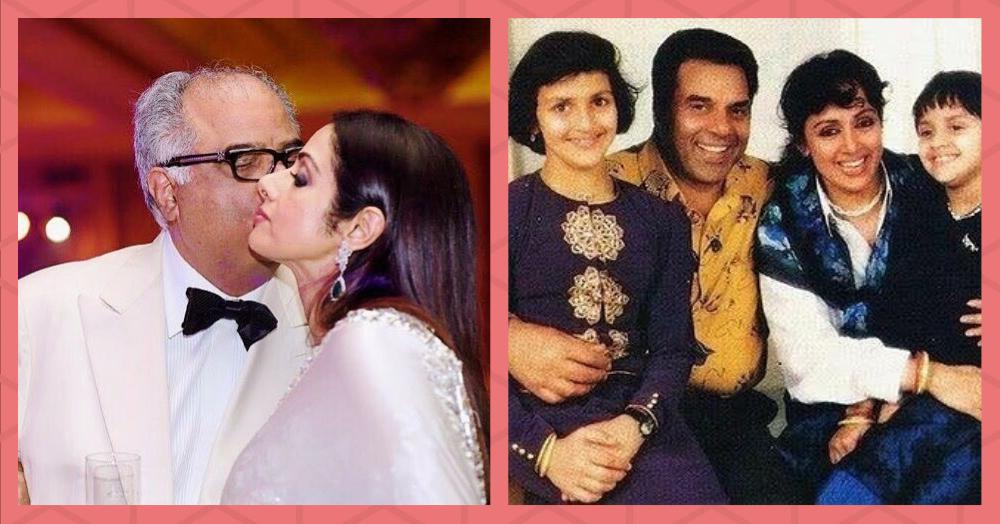 Bollywood has over the years seen its fair share of failed marriages and happily-ever-afters that followed. Maybe sometime you just meet your ‘one’ after you’ve begun your journey with someone else. From Dharmendra to Anurag Kashyap, here are a few men who divorced their first wives for Bollywood actresses.

My Knight in shining armour😍 @rajkundra9 ,Thankyou for making me feel like a queen 😍😘😬#hubbylove #happiness #gratitude #blessed #mine #soulmates

This businessman was earlier married to Kavita Kundra whom he reported left when he began to date Shilpa Shetty. At least those were the allegations a distraught Kavita made when Shilpa and Raj Kundra got married.

#BoneyKapoor tweeted an emotional video from #Sridevi’s twitter account on their anniversary- “Today would have been our 22nd wedding anniversary. Jaan… My wife, my soulmate, the epitome of love, grace , warmth and laughter lives within me forever…”

This affair is no secret. Boney Kapoor walked out on his first wife, Mona Shourie, and two children, Arjun and Anshula Kapoor. It was known in the industry that he was quite smitten with Sridevi and had two daughters with the actress, Janhvi and Khushi Kapoor.

Again, while the couple denies that they had an extra-marital affair, reports suggest that Mahesh and Lara Dutta began their affair while he was still married to Shweta Jaishankar.

Rani Mukherjee was accused of being a home-wrecker on various occasions, but she maintained a dignified stance and stated that she began dating Aditya Chopra only after his divorce with Payal Khanna was finalised.

Weekend is a time to cherish with family. Sharing something close to my heart ! Have a great weekend ahead.

Dharmendra fell in love with Hema Malini when he was married to his first wife, Prakash Kaur and had two sons with her, Sunny Deol and Bobby Deol. However, the actor did not leave her and instead, the two converted to Islam and Hema Malini became his second wife.

The two met on the sets of Doordarshan’s Buniyaad and Ramesh Sippy made sure to divorce his first wife Geeta before marrying Kiran Juneja who he has now been with for 20 years.

This family seems to have it easy. Salim Khan fell in love with Helen when he was married to his first wife, Salma. His wife accepted his second marriage to Helen and they both co-exist in their home.

“She is dangerously frank. That makes me uncomfortable”. ~Javed Akhtar #javedakhtar#shabanaazmi

He got married to actress Honey Irani when she was barely 17 years old, but the two were in love and had two children, Zoya and Farhan Akhtar. He fell in love with Shabana Azmi after being married to his wife for 13 years. So, Javed Akhtar separated from Honey and tied the knot with Shabana Azmi.

After seven years of being married to Vani Ganapathi, Kamal Haasan got involved with Sarika when his wife was away on a trip. The two began living together and had their first daughter, Shruti Haasan, post whose birth they got married. The couple got a divorced in 2004 after 16 years of married life.