The Period-Sex Connection: This Is How Your Cycle Affects Matters Between The Sheets

Do you feel nauseous at the mention of the ‘S’ word on certain days and simply want to rip bae’s clothes apart on others? Well, this stark contrast doesn’t have much to do with your partner’s attractiveness or your feelings towards them. It’s your menstrual cycle playing frivolous games with your libido.

FYI, there are a gazillion hormonal shifts that your body goes through during this time. From preparing for a pregnancy initially to shedding off the uterine lining when you get your period, the BTS of hormonal changes is complicated. But it makes sense that the chemical messengers that control all your bodily functions have a role to play in your sexual function too. So, here’s all you need to know about how your sex drive changes through each phase of the menstrual cycle:

It all begins with some blood. The first three to seven days of the menstrual cycle are spent squeezing out the uterine lining from your body.

According to a 2017 study, your sex hormones–estrogen and progesterone are at their lowest on day 1 of your period in order to let the uterine lining break. So you may feel low on energy and sex drive. However, a couple of days into shark week, these hormones start rising again. This can make you Google ‘period sex’ coz this shift makes you frisky and hot. If you feel like flying solo though, you can wear Sirona’s Menstrual Cup and stick to clit stimulation for some mess-free fun. Its specially-designed suction rim, forms a strong grip on your pelvic floor muscles and stays in place even while you’re having some solo fun.

The follicular phase lasts for fourteen days from day 1 of your period. According to a study published in the journal HHS Public Access, this is the time when your body gears up for ovulation towards the end of this phase. The pituitary gland releases a follicle-stimulating hormone (FSH). This hormone triggers the ovary to produce around five to 20 follicles (tiny nodules or cysts).

Along with FSH, the estrogen level also rises in order to thicken the lining of the uterus to support pregnancy. A higher libido may be a natural but lovely side-effect of it. According to a study published in the journal Behavioral Ecology, your emotional and sexual attraction towards your partner may be at its peak during this time.  You can make the most of it by using Sirona’s Moisturising Lube Tube to experiment with sex toys and anal play between the sheets. Made with natural ingredients like Tasmanian pepper fruit, it is super-safe to use and can take your sex game from ah to aaaahh…Just saying. 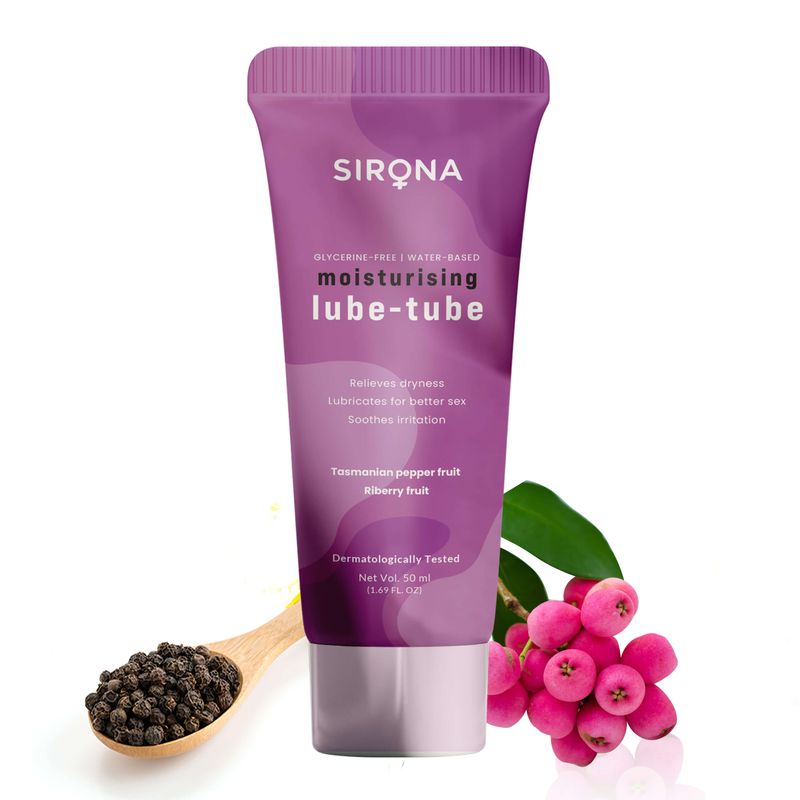 Ovulation is a one-day affair. It occurs halfway through the menstrual cycle. During this time, the ovary releases a mature egg into the fallopian tube. It hangs in there for 24 hours wishing and hoping for you to get inseminated, so it can get fertilised by a sperm and give you “good news”.  But the high hopes and the egg come crashing down when you don’t do the rumpy-pumpy or use protection.

Your sex drive might be at its peak before and on the ovulation day. You can blame it on the estrogen spike and well, on your body’s efforts to not let all that pregnancy prep go to waste. You’re also quite fertile during this time. But even though your egg lasts only 24 hours, your fertility window may be bigger as a sperm can live inside your body for two-three days. Beware of having unprotected sex during this time if you’re not planning to get pregnant. P.S. Don’t forget to use Sirona’s Tampons & Condom Disposal Bag to get rid of used condoms safely. They’re made with biodegradable material and can be sealed easily to keep the waste discreet and away from street dogs. 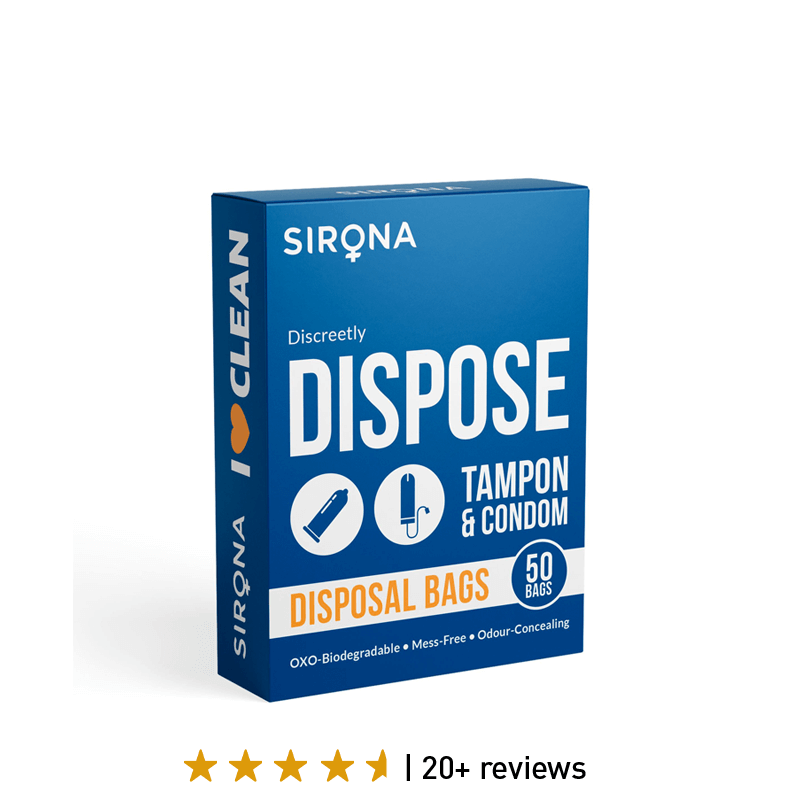 According to a 2015 study, the luteal phase typically lasts from day 15-28 of the menstrual cycle. While the first half of it is all about an estrogen-progesterone rise to thicken the lining of the uterus, the second half is rather dull and annoying.

Since there’s no longer a need for a thick uterine lining, the estrogen levels drop suddenly in the final week of the menstrual cycle. Sometimes, this can affect serotonin (happy hormones) too. The result? PMS symptoms like acne, bloating, cramps, and mood swings might kick in. During this week, you may also witness your transformation from ‘give me more’ to ‘I hate sex’. Your fertility may also be as low as your sex drive.

Pro Tip: Pop Sirona’s PMS Gummies regularly to alleviate your PMS symptoms. Rich in vitamin B6 and chasteberry, it can restore hormonal balance and make you feel more energetic before and during shark week. 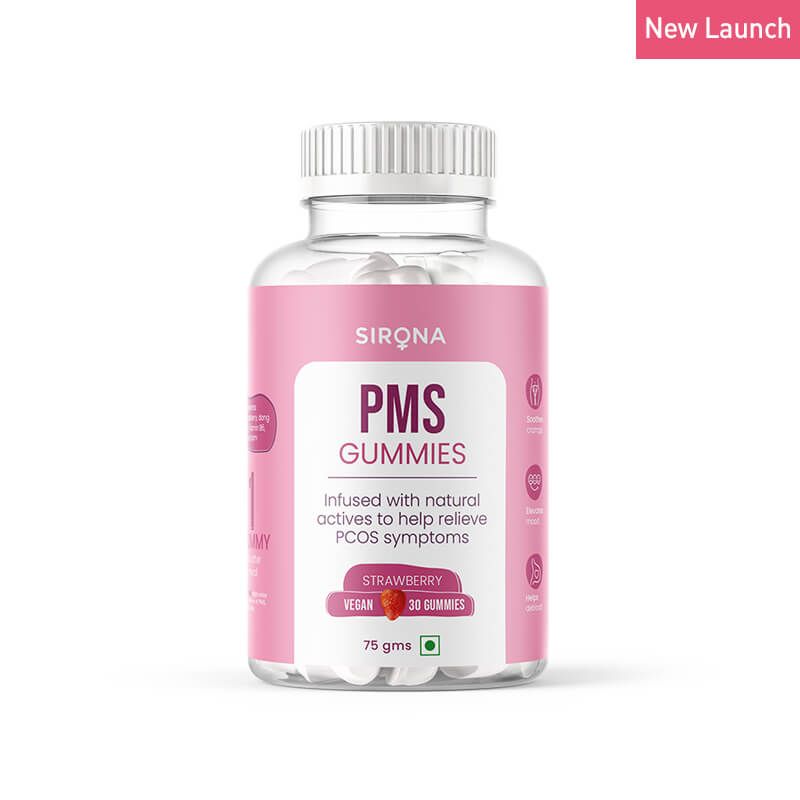 Now that you know exactly how your sex drive changes through the month, we suggest you plan your romantic escapades during week one and two. *Wink*. Don’t forget to take this survey for more info on periods.