We always feel proud when our fellow Indians represent our culture on a global platform. Lately, there have been plenty of such moments in the political sphere. Indian-origin American Senetor Kamala Harris is running for Vice President of America, while Priyanca Radhakrishnan, who grew up in Kerala before moving to New Zeland has officially joined Jacinda Arden's executive cabinet today. And now, we have another Indian-origin woman representing our culture in Australia. Maria Thattil, daughter of Indian migrants in Australia, is the new Miss Universe Australia 2020!

The 16th edition of the prestigious pageant was held virtually for the first time, because of Melbourne’s 112-day lockdown due to the pandemic. However, the finale was held in person after the lockdown ended. The pageant marks the second time in a row when an Indian-origin woman has won the final crown. Maria replaced 2019 winner, India-born Priya Serrao.

Maria explained that she was repeatedly questioned about her chances of winning, given that the crown’s predecessor was of the same ethnicity. However, she felt that it was just a way of confining people into boxes. Thattil said in an interview, “I recall being asked throughout my participation as a finalist if I thought that my chances of winning would be hurt by the fact that the reigning Miss Universe Australia at the time was Indian too. To me, that seemed like the words of a society quick to put people in boxes of gender and ethnicity, because stereotypes are understood better than individual differences.”

Maria explained how surreal and exciting the minutes before the final announcement were for her. She said, “We had just come out of the lockdown in Melbourne and the finals which were scheduled to be held online, at the last minute, were allowed to be held in person in Melbourne. There was just so much energy in the room after spending over 100 days in lockdown. We had so much going on. I was thrilled to be meeting the other girls and being with them and finally when my name was called out, to be honest, I was in a daze. I remember everyone surrounding me and giving me a hug and shouting that I had won.”

Talking about winning the title, the 27-year-old said in another interview recently, “Winning this title to me is an example. There are a number of norms that have been challenged and broken in order for me to sit here in front of you as your Miss Universe Australia today.”

Maria is a social media beauty and fashion influencer and works with the Victorian government. She was born in Melbourne and has studied psychology and management. Talking about her Indian roots, Maria’s father is from Kerela and mother is from Kolkata. The couple migrated to Australia years ago and Maria has visited India only once in 2001. Talking about her childhood, Maria said in an interview, “My dad is from Kerala. He still has family there and I have travelled to India to visit my dad’s side of the family. My mom is from Kolkata. When she migrated, her entire family migrated too. So I grew up with a large family of uncles and aunts and lots of cousins in Melbourne.”

When she was younger, Thattil faced found it hard to accept her ethnicity and identify as her true self. “I grew up in a Western environment, where I felt a strong need to fit in with my peers at school. I went through a phase during my teenage and early 20s, where I tried hard to mask elements from my culture to fit in. This, however, spiralled into a vortex of self-rejection,” she said in an interview.

However, Maria gradually embraced her roots and now, finds pride in her unique individuality. “I started to just be who I am—an Indian Australian woman whose culture is a blend of both Eastern and Western ideals.” She further said, “I belong here and at the same time, I strongly resonate with my Indian roots. I have found a balance between the two. It is not either-or for me. This is who I am and it is very unique.”

Wow! Isn't she gorgeous? This diva is blowing our mind with her Glamm look. Well, you can sport a similar look now by adding these MyGlamm products in your cart STAT! 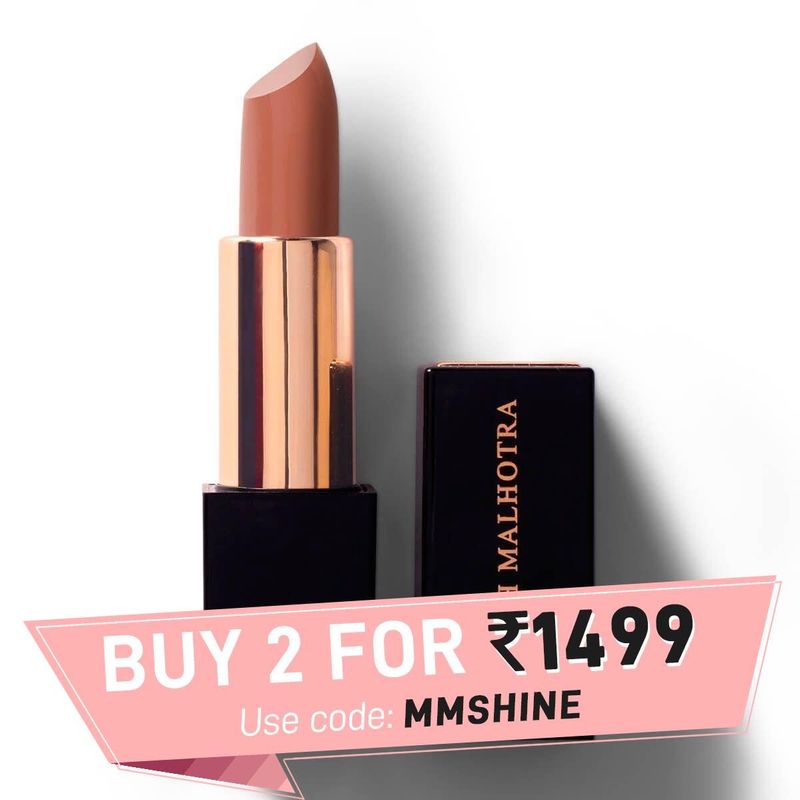 Inspired by her own roots, Maria is a big-time advocate for diversity and inclusion. She said in an interview, “I have always championed inclusion and not just limited it to ethnicity but also sexuality, gender, ability. I strongly believe representation matters. A society where every voice can thrive. We need to make space for people to express themselves irrespective of their background.”

Congratulations Maria! You've made Indians across the globe proud.

#FlashbackFriday: Then & Now Pictures Of These 9 TV Actresses Will Surprise You!

Read More From Entertainment
Entertainment
20 Bollywood & Hollywood Horror Movies That Will Give You Sleepless Nights!

Neha Kapoor
Entertainment
From Saifeena To Ranbir-Katrina: 10 Celebrity Couples Who Were In Live-In Relationships

Neha Kapoor
Entertainment
18 Christmas Movies To Watch With Your Loved Ones This Holiday Season!

Neha Kapoor
Entertainment
Loved Emily In Paris? You Need To Add These 'So Bad They're Good' Shows To Your Binge List