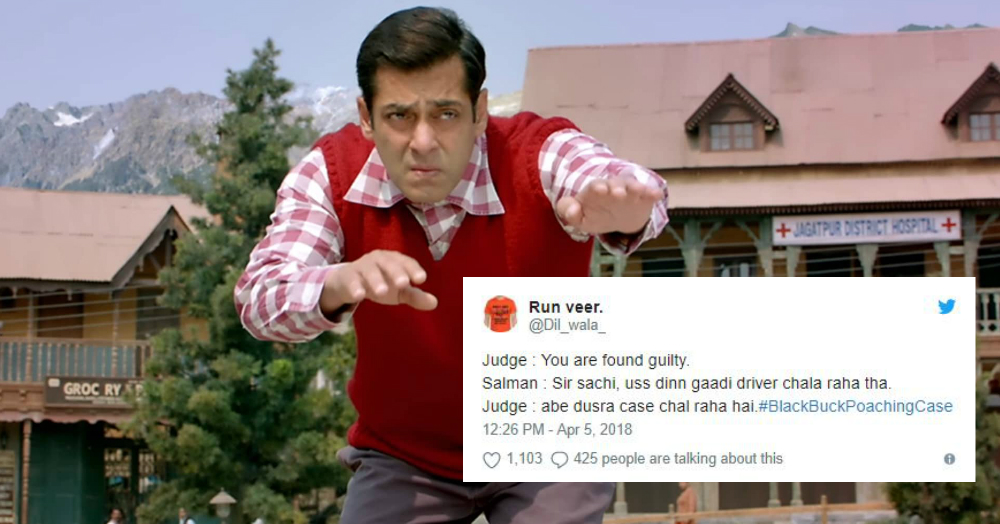 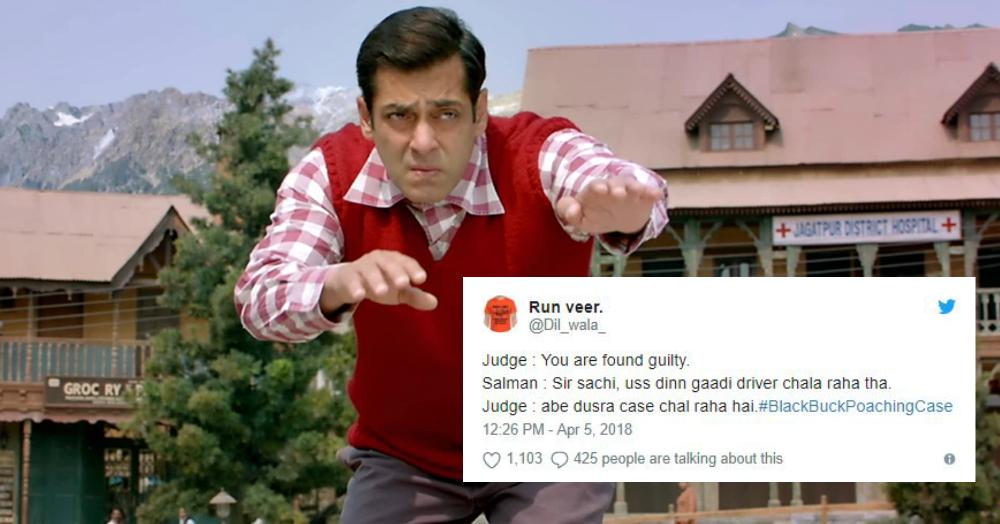 Not just the Bishnoi villagers, every sensible human being in the country has been waiting for this day for the past 20 years. Some have waited because they are bhai-fans and didn’t want to see him in jail while others have waited just to see how long power can delay justice. Now that, Jodhpur trial court judge, Dev Kumar Khatri has finally delivered the verdict convicting Salman Khan, many hearts are at rest while others are using their funny bones on social media platforms.

Under section 9 and section 51 of Wildlife Protection Act, the court has sentenced Salman Khan five years in jail and has acquited Salman‘s co-actors Saif Ali Khan, Tabu, Sonali Bendre and Neelam Kothari, who were also accused. However, if the quantum of punishment was less than 3 years, Salman could have had a window of one month to apply for bail in higher court.

Bollywood might still be praying hard for Bhai’s early release and using all the power to save him because if Salman goes to jail, Bollywood will lose around Rs 1,000 crore. He has multiple movies lined-up and all of them would have to go on hold. Not surprisingly, many celebs are still supporting Salman on Twitter.

However, knowing how rapidly humour spreads on Twitter, it’s safe to say that Twitter users had hilarious reactions to the Blackbuck case verdict even before it was announced. Here are some that’ll crack you up.

Later:
Salman out on bail.

Manyata Dutt – Why didn’t you get a bail?

*Almost lost my faith in Indian judiciary and money*

Me: Sigh. Faith in Indian judiciary and money restored.

Salman will be released on bail immediately by the trial court to enable him to file an appeal. #BlackBuckPoachingCase pic.twitter.com/hlKuPNmtNd

Indian Media: Cutest moment of the day as Taimur watches his father’s case.

I made this comic in July 2016 for my facebook page. Since today is #SalmanVerdict in #BlackBuckPoachingCase , sharing this again. It proves that the Black buck was killed in an accident and @BeingSalmanKhan is innocent.#TSDComics pic.twitter.com/3vYfKYFi5H