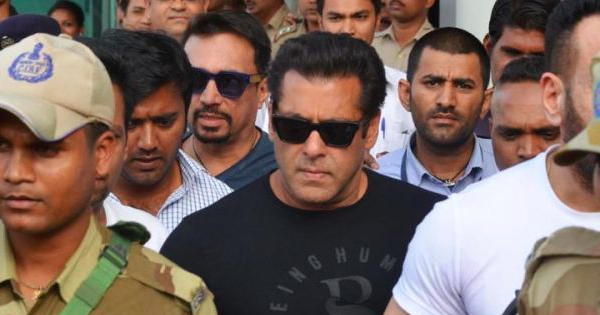 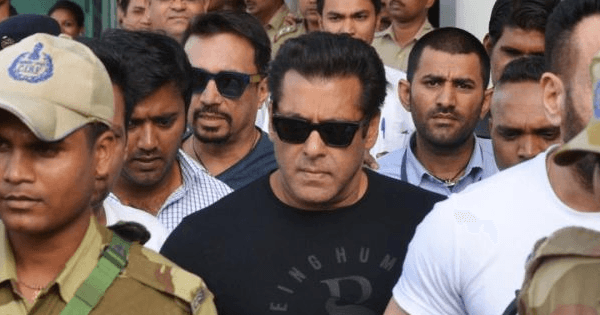 Salman Khan Goes To Jail In Blackbuck Case, To Sleep On Floor Tonight

Looks like it’s going to be a rough couple of days for Bollywood superstar Salman Khan. Bhai has been jailed for five years in the two decades’ old Blackbuck case while his co-stars Saif Ali Khan, Tabu, Sonali Bendre, and Neelam Kothari were found not guilty.

Prisoner 106, (that’s the number he’s been given) will be spending the night in ward number 2 of Jodhpur Central Jail, next to self-proclaimed Godman Asaram Bapu who’s in jail for the rape of a 16-year-old girl. The actor will have to sleep on the floor with a few blankets, and just a ceiling fan, like any other prisoner at the jail, but he won’t have to share his washroom with anyone. The security has been tightened for him and there are no other prisoners in his barrack.

Salman Khan has had his medical tests done and hasn’t made any demands, Jodhpur DIG Vikram Singh said in an interview. He will get his jail uniform tomorrow morning. This isn’t the first time he’ll be serving time; he has been behind bars thrice before this. The star will have to spend three more days in jail if his bail plea is rejected tomorrow because of the weekend.

We have also got our hands on the judgment that has all details about the proceedings since 1998. It is mentioned here that the actor would have to serve five years in jail and pay Rs 10,000 fine. The judge especially mentioned that people look up to Salman Khan, who mercilessly shot the endangered animals. Apart from that, the incidents involving poaching of animals have increased and it’s a serious problem. Considering all these factors, Salman Khan has been found guilty under section 51 of the Wildlife (Protection) Act.

The reactions on the internet have been mixed after the judgment, with some people rejoicing that justice has been served, others have been disappointed with the verdict. We’ll soon find out about Bhai’s next plan of legal action, but a bail is a possibility tomorrow morning. If his bail plea is rejected, he will be spending three more nights on the floor.