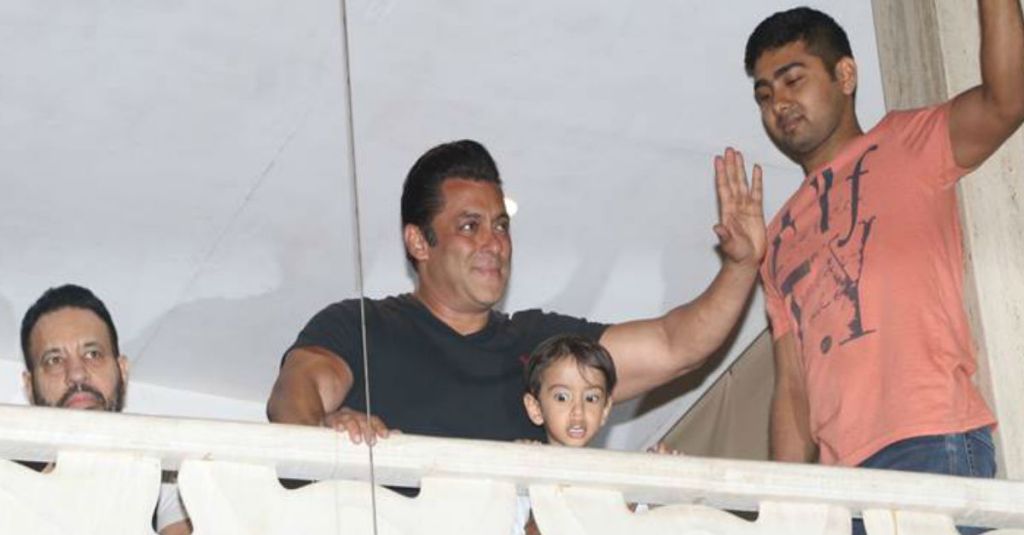 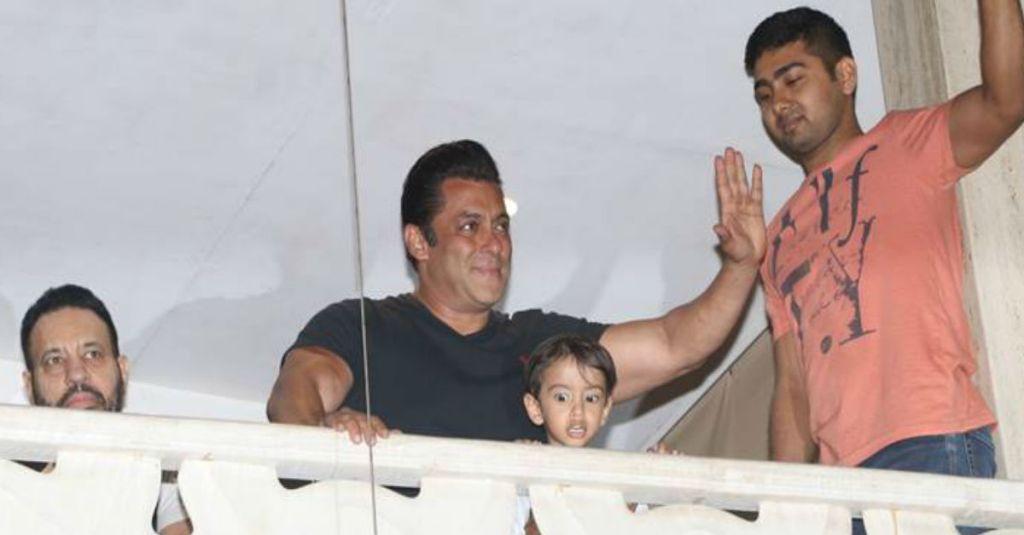 Guess Who Is Mad After Ek Tha Tiger Star Salman Khan Returned To His Den?

Bollywood star Salman Khan was granted bail after he spent two nights in Jodhpur Central Jail over the 20-year-old blackbuck poaching case. When the star arrived at his Mumbai apartment on Saturday evening, numerous fans were waiting with excitement outside his house. They burst fire crackers on his arrival and sang ‘Swag se karenge Salman ka swagat’ to welcome him home.

A lot of his fans were seen wearing Being Human t-shirts, a Mumbai-based charity founded by Salman Khan. As soon as the star made his way to Galaxy Apartments, his fans started shouting ‘Welcome Bhai‘ and chanted ‘Salman, Salman’. Amongst them, there were a few who travelled all the way from Rajasthan and Kolkata to see him after his release.

Salman Khan immediately appeared in his balcony for his fans. He had his mother and father by his side all through. Shera, his bodyguard, too stood beside him in the balcony. Salman Khan held his nephew Ahil in his arms as he greeted his fans by waving at them and gestured for them to go home and sleep.

Not only his fans, but many Bollywood celebrities went to meet Salman Khan at his home. Katrina Kaif was the first one to arrive followed by other stars including Varun Dhawan, Jacqueline Fernandez, Malaika Arora, Huma quereshi with her brother Saqib Saleem, Bobby Deol, Daisy Shah, Amrita Arora, Sania Mirza, Prabhu Deva, Remo D’Souza, Kabir Khan and Sneha Ullal.

Amongst all of this hustle, the Bisnoi tribe is extremely angry with the decision of the sessions court. They want to file a petition in Rajasthan challenging Salman Khan’s bail.
Ram Niwas Dhori of Bishnoi Tiger Force said, “It’s a very sad day for us as the court has granted bail barely two days after Salman was convicted and sentenced to five years for killing two blackbucks.”
Ran Niwas Budhnagar of the Bishnoi Vanyajeev Evam Paryavaran Sansthan said, “We will not only challenge Salman’s bail by the sessions court but also appeal against the acquittal of the five co-accused, including four other film actors.”
Welcome to #BrandNewPOPxo – POPxo is now more fun when you sign up! App users, you’ll be seeing the change soon!
08 Apr 2018