There is no denying that Weekend Ka Vaar has always been the most anticipated episode not just for the audience, but also for the contestants. The reasons are obvious–Salman Khan, his disciplinary classes and never-ending threats to leave the show, eliminations, and a hell lot of twists and turns. Following the ritual and keeping the excitement high, the latest episodes of Bigg Boss 14 had some major twists. There were no eliminations for starters, and Nikki Tamboli became the first confirmed contestant of season 14!

Since day one, Nikki has been having fights with gharwalas over items that can be taken out of the BB mall. We don’t know about you but we are pretty impressed by her dressing up skills. We are totally digging her nude lip shade in this picture. Here’s a similar find for you. You are welcome 🙂 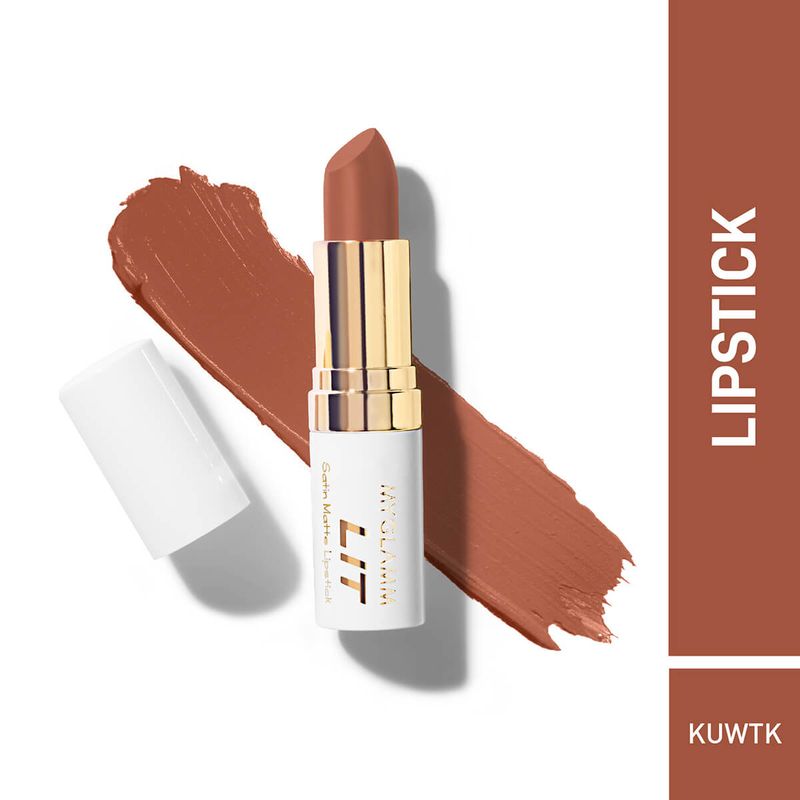 Coming back to Nikki’s confirmed status, the decision came unanimously by the three toofani seniors–Gauahar Khan, Sidharth Shukla, and Hina Khan. The trio decided to back the vocal contestant after they were given the option to choose between her and Pavitra Punia (the winners of the last immunity task).

The seniors did not have a hard time deciding as their reasons were quite obvious. According to them, Nikki had proved that she was deserving by winning immunity not once but twice. She has stood out the most during the show so far by taking a stand about everything and has entertained the audience regardless. Following their declaration, Salman Khan announced Nikki Tamboli as the first confirmed contestant of Bigg Boss 14. In fact, in the following week, she will also have powers at par with the seniors.

Although the decision might have seemed logical to many, it did not sit well with everyone. There were a lot of fans who took to social media to claim that Nikki’s confirmed position is because of the favoritism happening inside the house. Not just the seniors, but the show is also highlighting Nikki ‘unnecessarily’. Here’s how Twitterati are reacting to Nikki’s confirmation as a contestant for this season:

She doesn't even deserve jitna favor kar rahe and her voice is a cacophony..just can't tolerate once she opens her mouth but if this favoritism keeps happening, she will reach to the top ! As it is there is not much entertainment..major missing of Shehnaaz happening!

Waiting for seniors exit , they r biased like hell 😒

Other contestants of the house like Rubina Dilaik shared the same view and even discussed her theories with co-contestants Abhinav Shukla and Sara Gurpal.

Whether the decision to confirm Nikki is right or not is yet to be seen in the following episodes. However, we can expect the dose of entertainment to rise tenfold in the coming week! Nikki T is undoubtedly a strong player when it comes to performing tasks, and her unapologetically self-centered attitude has created a lot of buzz in the house since the beginning.

It would be interesting to see if she will remain the same and choose herself over the entire house or if she’ll show the housemates and viewers a different side to her.

Meanwhile, the viewers will have their eyes on Abhinav Shukla, Sara Gurpal, Jaan Kumar Sanu, and Nishant Singh Malkhani after Salman urged them to come out of their spectator mode. Stay tuned to get updates on what happens next!