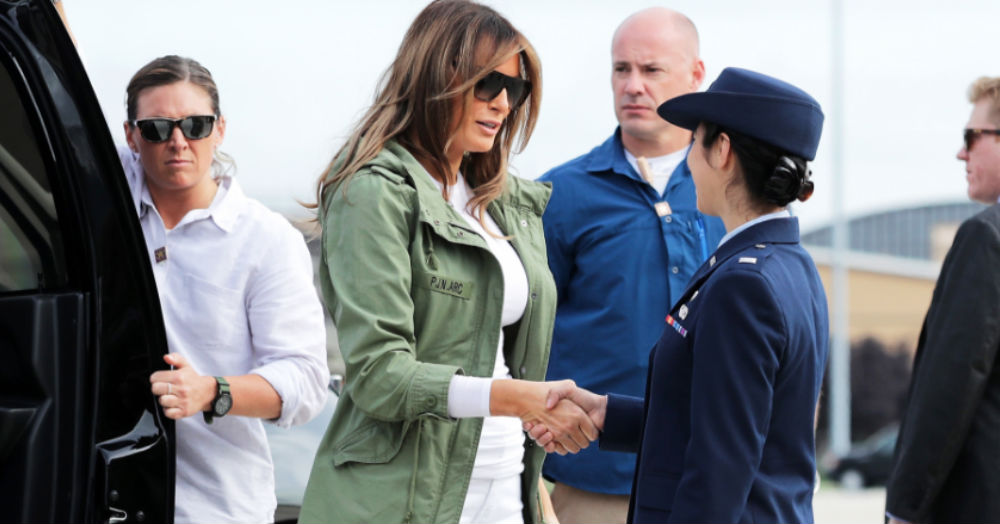 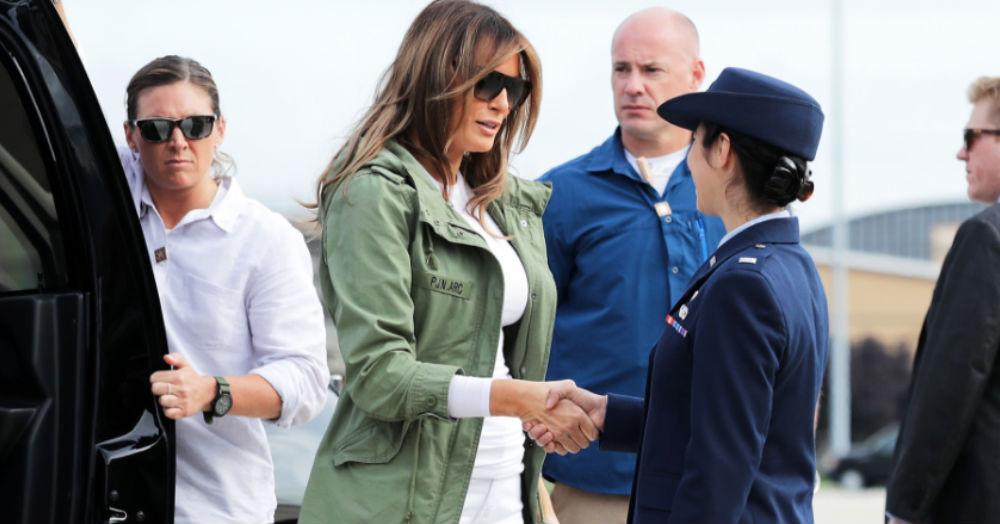 The F.L.O.T.U.S Wore A Controversial Zara Jacket And It Doesn’t Float Our Boats!

It’s common knowledge that fashion statements are not only just that. They are beyond being just a sartorial phenomenon. They make actual statements, metaphorical and in case of the FLOTUS, quite literally.

As we already know, U.S. President, Donald Trump’s policy to separate illegal U.S. immigrant families, as a result of which there are 1000s of children being held at ‘Children Detention’ centres across North America. After an undeniable wave of resistance from U.S. citizens including prominent celebrities, Trump signed an executive order to end the policy in question.

To show support, the First Lady decided to pay a visit to one of the detention centres in Texas.

Her travel outfit, however, wasn’t something we would describe as empathetic or supportive. Melania Trump wore a 39$ Zara jacket that has caused widespread outrage.

The reason? The bold statement on the back of her jacket which clearly says ‘I REALLY DON’T CARE. DO U?’

… but as expected virtual debates over the choice of attire to the detention centre are in full force.

– Donald Trump seems to think the Zara jacket did, indeed, make a statement directed towards dishonest and fake media.

This is not the first time Melania Trump’s wardrobe is causing outrage. Back when Hurrican Harvey caused severe destruction, Melania was called out for wearing inappropriately high heels to observe the damage in Texas.

So, even though we do not know the significance of Melania’s jacket and its slogan, we agree with Stephanie Cutter (Obama’s re-election campaign manager) who says, “It’s a basic rule of thumb that if you don’t want to make your clothing the focus of the story, then choose what you wear carefully that it’s not.