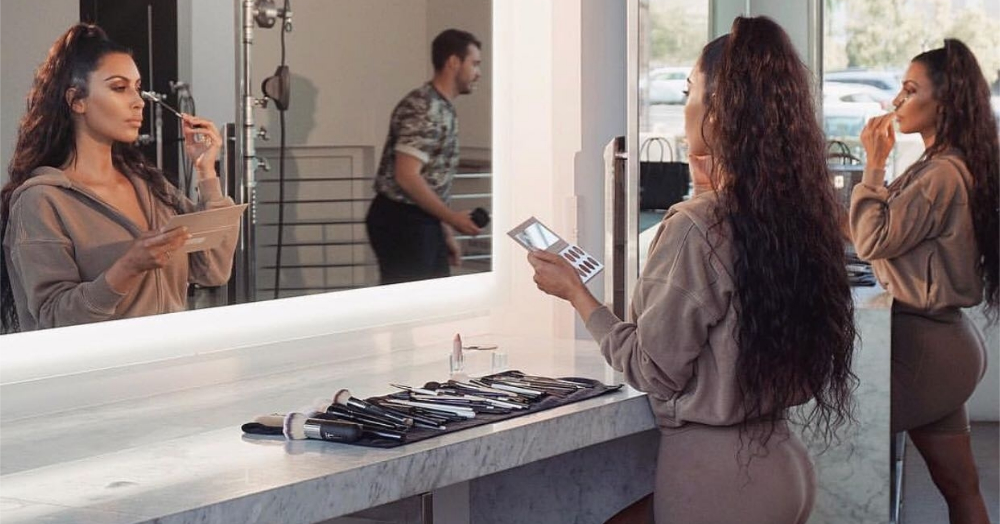 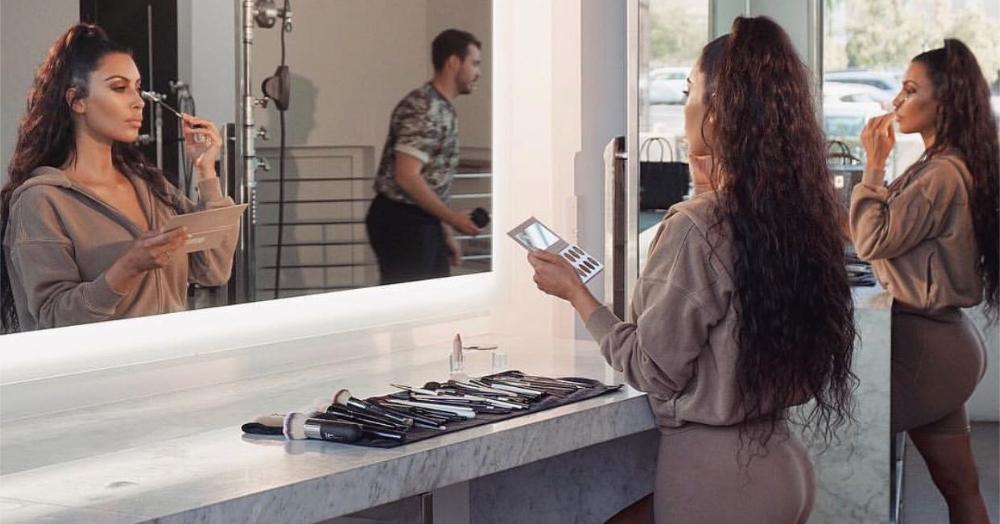 Kim Kardashian Joking About An Eating Disorder Is Not OK. Here’s Why…

Kim Kardashian has always been the kind to be confident with her body and how she carries herself. Sure, she’s quite explicit about her physical appearance, but she’s also one of the reasons why more and more people appreciate curves. Somehow the conversation isn’t about being healthy or curvy anymore. It has moved towards being skinny.

Here’s what went down.

Kim was at an event with her sisters Khloé Kardashian and Kendall Jenner. As she always does, Kim was going the whole haul on her Instagram story. At some point, the conversation moved to Kim and her physique. This is where the problems began. In the first story, Kim asked Kendall to repeat something she had said off camera, so she obliged, “I’m really concerned, I don’t think you’re eating. You look so skinny!” Kim was absolutely ecstatic and thanked her sis profusely. But that wasn’t all, because she then moved the camera on to Khloe and she said, “I’ve never seen a human being look so good. You are a walking Facetune doll,” referring to a popular photo editing app. While this is happening a chirpy Kendall interrupts and comments that her purse is as tiny as Kim apparently is.

Kim, of course, is really happy to hear this and goes on to show off her outfit, exchanging more compliments where she uses the word “skinny”. Then she goes on to inform Khloé, Kendall and their friend Malika Haqq that she’s down to 119 pounds (PS: she has been paid in the past to try out different weight loss products and programs). Which brings Khloe and Malika to speculate that Kim must only be eating celery, maybe some lettuce, and different flavours of oxygen.

Finally the clincher, in a video when she’s talking to her followers later, Kim and Khloé discuss that though she is voluptuous, and has an hourglass shape, she looks “anorexic” around her waist.

Now for those of us who aren’t familiar Anorexia is an eating disorder defined as ‘an emotional disorder characterised by an obsessive desire to lose weight by refusing to eat.’ The comment was not just ignorant but was also very dangerous especially for someone like Kim K who has a fiercely loyal and impressionable audience.

Some followers took to Twitter to talk about their dismay at this whole ordeal.

I’m just gonna say this. Using the words “anorexic” and “you look like you don’t eat” as compliments is disgusting. Even if you’re saying them as a joke. An eating disorder should never be used like that. And the fact that Kim Kardashian was squealing with happiness is sick.

Saw a video where Kendall Jenner tells Kim Kardashian that she looks like she never eats and that she’s concerned about how skinny she is. Kim K says “thank you” in the most delighted voice.

Like, do they ever get tired of being so problematic?

As someone who has struggled with body issues for most of her life, this casual comment about anorexia is definitely hard hitting and a little uncomfortable to watch. The danger of even promoting an idea like anorexia, even in jest, is real. It could spark off an insecurity, a new diet plan to look like Kim K or more. The obsession with being skinny instead of being healthy was another point that hit me hard.

We’re not saying that Kim K shouldn’t enjoy her body and marvel at herself… but she also needs to remember that there are a lot of teens and impressionable adults who follow her and are probably “influenced” by everything she says. An eating disorder should never be used like that.

We just hope that she uses a little more tact and understands why it isn’t okay for some things to be casually used in conversation!