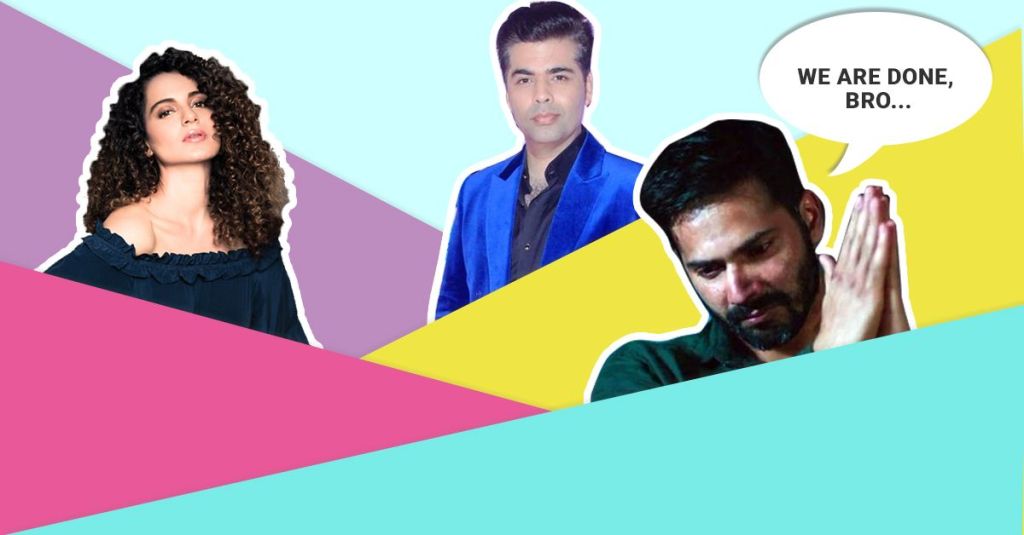 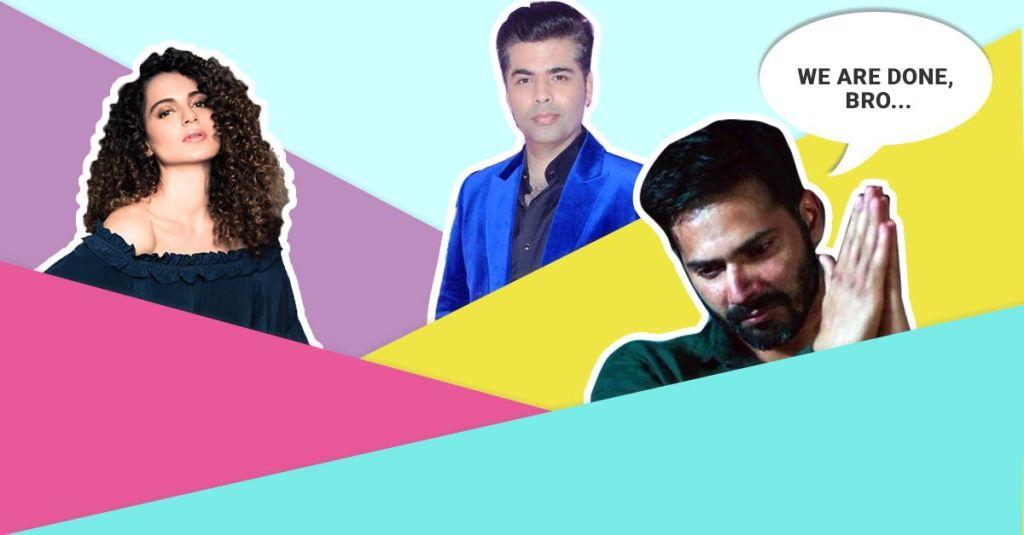 KJo Vs Kangana: Here’s The Latest In The Nepotism Debate!

We thought it would never end!

Kangana Ranaut began a debate against nepotism without even realizing when she used the word ‘nepotism’ at Koffee With Karan, and called Karan Johar the flag bearer of nepotism. Bollywood is such a diverse yet united industry to be in, but this topic has divided it into two halves between star-kids and every celebrity who gave uncountable auditions to reach where they are today!

Arre, a new-age infotainment website, came out with a satirical spoof video called ‘Karan’s Kangana Konfessions’ where KJo talks about his true feelings about nepotism and it’s hilarious.

Much before the IIFA Awards, Karan Johar made a Konfession about Kangana and it wasn’t pretty. Watch him reveal his true feelings about #nepotism.

Arre released this video way before the IIFA controversy and now, it makes all the more sense to us.

It was a controversy that stretched like a daily soap!

After Kangana’s Koffee With Karan episode, the controversy only grew. And in case you missed IIFA, another round of debate started when Varun joined Karan and Saif on stage at Metlife Stadium to receive his award for Best Performance in a Comic Role for Dishoom. Saif reminded him that he’s in this industry because of his pappa to which Varun’s response was to remind Saif that he’s here because of his mumma and soon after, Karan joined in saying, ‘I am here because of my papa’. Then came the ‘nepotism rocks’ chant. The joke proceeded with them breaking into ‘Bole Churiyan, Bole Kangana’ to which Karan said ‘Kangana na hi bole toh accha hai’.

Well, they did their gig but it isn’t something people laugh about. Kangana immediately called a press conference