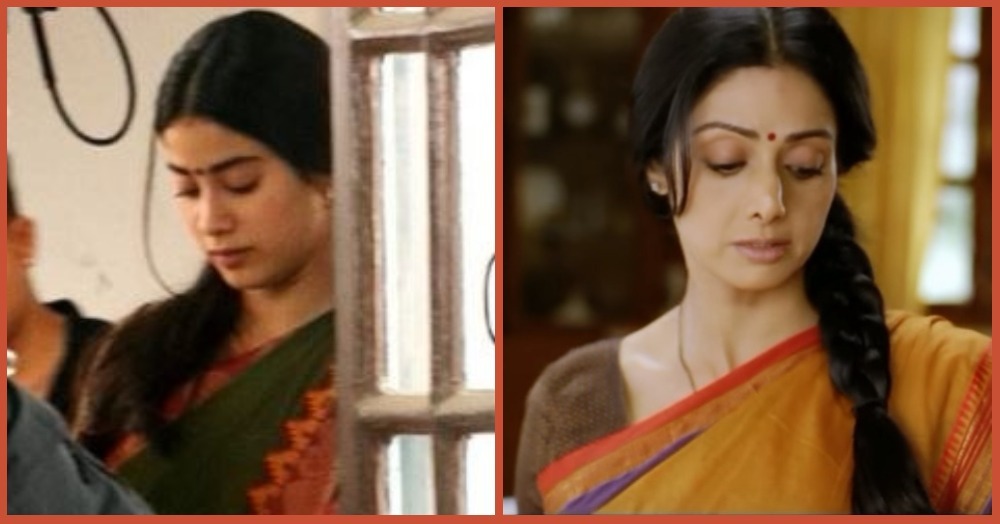 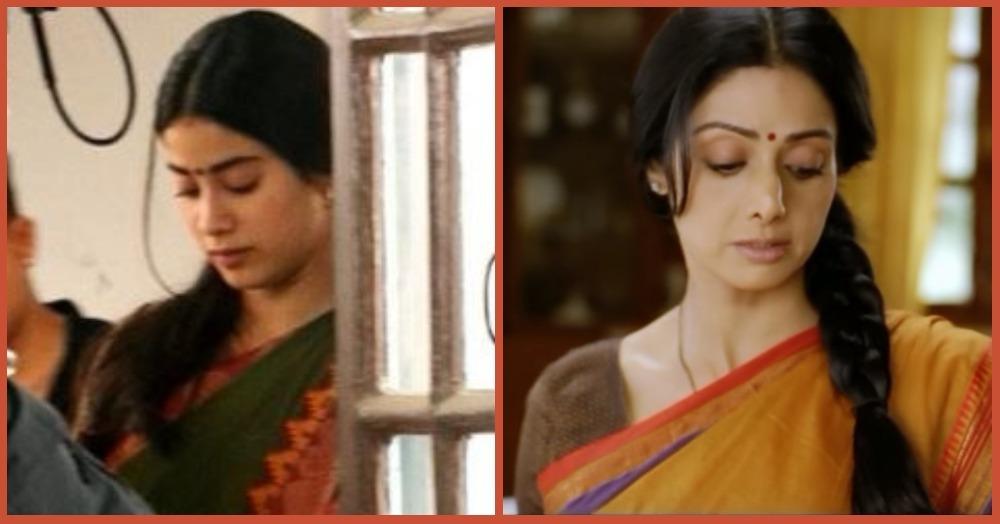 Janhvi Kapoor Looks Exactly Like Sridevi On The Sets Of Dhadak

It was widely speculated that after Sridevi‘s sudden demise in February, Janhvi Kapoor would take a break from filming for a while. However that hasn’t been the case with the young star. Putting aside all the rumours of her break, Janhvi was spotted back on set and hard at work with the filming of her debut project Dhadak.

The actress was spotted in Bandra with her team including director Shashank Khaitan and co-star Ishaan Khatter. Looking at the pictures we couldn’t help but notice the one thing that stands out the most in her avatar…

In the photo that has surfaced from the sets of Dhadak, the young actress is seen wearing a saree and bears an uncanny resemblance to her mom’s avatar. Janhvi looks a lot like Sridevi in the crowd-favourite movie English Vinglish.

It was Sridevi’s dream to see Janhvi rule the silver screen, and it certainly looks like the young Kapoor is already on her way to make her mum so very proud! Reports say that both Kapoor and Khatter will be shooting in Bandra for a couple of days and then will head to Kolkata to film the rest of the movie.

According to a leading daily publication, a source from the sets of Dhadak said, “Janhvi and Ishaan will be shooting in Bandra for the next couple of days where they will film some romantic scenes. In the coming week, the duo will head to Kolkata to begin work on the story post-interval, when the lovers elope.”

“They have completed the shoot of the first half which kicked off last December and was shot across Rajasthan and on a set in Mumbai where parts of the state were recreated” the source added.

It’s a huge deal coming out strong after facing such a huge loss in life. For all the people trolling Janhvi for celebrating her birthday and now for getting back to work so soon, get over it. She has all the right to smile as bright as she wants. Here’s wishing more power to you, Janhvi!