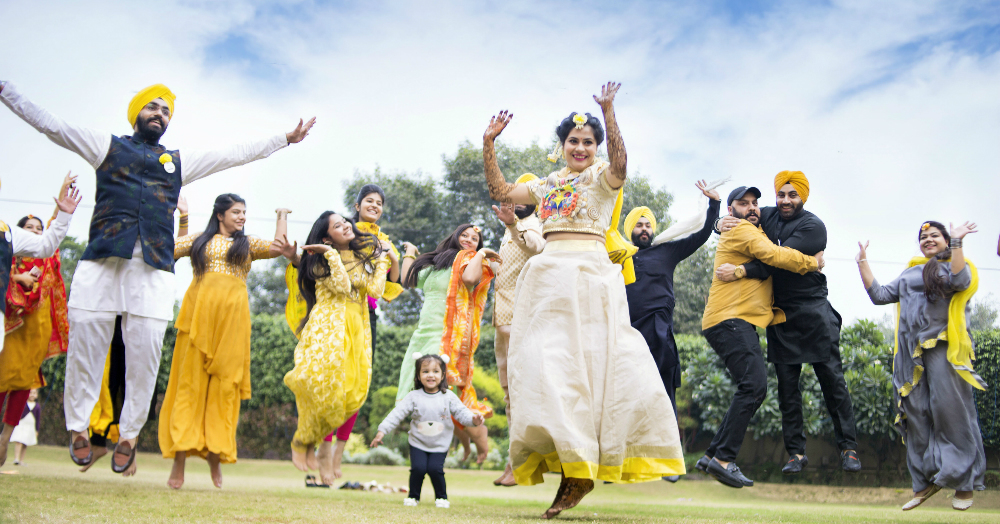 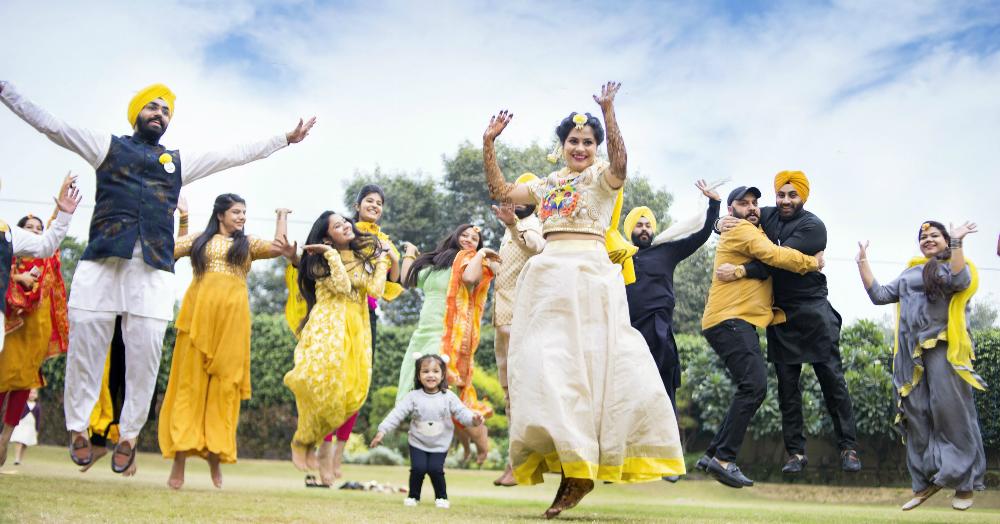 25+ Mehndi Games, Ideas & Trends To Make Sure Your Guests Have The Best Time Ever!

The big fat Indian wedding is synonymous with entertainment, excitement and colours. Each ceremony has cultural relevance and significance.

One of my personal favourites, mehndi is the most colourful function, where there are merriment and celebration with women singing folk songs, dancing and enjoying themselves. While the wedding is more formal, it’s the mehndi where people let loose. Being primarily North Indian ceremonies, Mehndi is celebrated with aplomb in all the northern states.

From mehndi games to themes, this is the day you can go all out and implement the wackiest, most out of the box ideas you’ve had. To help you along, we’ve covered a few for you of them for you in this article to make sure that the guests keep talking about your mehndi function for a long time to come. So go ahead, make some notes!

From mehndi to haldi to chooda, each ritual in an Indian wedding not only has a cultural reference, it has a scientific reason too. Scientifically, it is believed that mehndi, or henna, has cooling properties and when applied to the arms and legs of the bride-to-be, and in some cases the palms of the groom-to-be as well, it is supposed to de-stress and calm them down amongst all the crazy shaadi preparations.

Culturally, mehndi is a part of the solah shringaar of the bride and a sign of good luck. It is also believed that the darkness of the bride’s henna stain determines the type of bond she will have with the groom and her mother-in-law – the darker the stain the more there is love and understanding. After the wedding, in the post-celebrations, the groom is supposed to find his initials or his name that has been hidden in the bride’s henna. The sooner you find it, the more understanding there will be between you two. It’s just a belief and has, in no way, been proven scientifically all so if your husband isn’t able to fight it, don’t you worry! The other women of the family also get mehndi applied on their hands and feet, depending on their preference, as that too is a sign of celebration, happiness and good luck.

Till a few years ago, the mehndi function was limited only to the women of the family and men usually gave it a miss. Women, as I said, would sing folk songs wishing the bride good luck for her new life and would play the dholkis. But now, the trend has changed and both the bride and groom’s family celebrate it together with men and women in attendance. While women are usually getting henna applied to their hands, men have little to do. That’s what makes it even more important to make sure that you have some entertainment on hand like games for mehndi or some fun concept!

So which of these games will you be playing at your Mehndi function? Tell us all about it!

MUST READ: Mehendi Gifts For Guests

MUST READ: Back Hand Mehndi Designs

This story was updated in January 2019.