Colour Pop: Celeb-Approved Ways To Play Around With Coloured Eyeliner

I’m in constant awe of the versatility of black eyeliner — from dramatising my look with a dusting of kohl along the lower waterline to replicating a statement-making cat-eye, I’ll never get tired of the shade gracing my eyes. But the prospect of fashioning my eyes with arcs of colour intrigues me. I was scrolling through Instagram the other day, and I stumbled (intentionally) upon recent adoptees of the ‘coloured eyeliner‘ trend. It’s safe to say that I’m bookmarking these looks for the future.

The best part about this line-up? They’re perfect for every mood. Are you looking to play it safe? Just create pink wings on the lids like Deepika, and you’re done. But if you want to take it up a notch, there’s a Doja-inspired look for you to try too. Ahead — the best of the trend.

12 Celeb-Approved Ways You Can Experiment With Coloured Eyeliner

Look at the subtle dusting of blue bedecking Hailey’s undereye. I love how the colour blends upward into a cat-eye, and dramatises her look further—and the pop of colour packed into the inner-corners of her eyes decides it for me. This is my favourite iteration of the trend. And it’s almost like the model is channeling her inner Euphoria-enthusiast through this click—what with her glitter-studded lids.

Disha’s rendition of a floating eyeliner is nothing short of glamorous. A shade of purple brushes past her waterline, and extends upward and inward—instantly playing into the drama of the look. And can we talk about the rhinestones lining the eyeliner? I love how the Ek Villian Returns star has neutralised the glamour of her eyes with the minimalism of rose-tinted cheeks and gloss-laden lips.

It’s time to tap into the potential of white eyeliner—and Megan Fox concurs. A mere stroke of white along the waterline plays into the illusion of bright and lifted eyes. It’s pretty simple to mimic, and it adapts to most looks.

Vanessa Hudgens fashions her eyes with varying strokes of colour, and this one’s a recent iteration—a smudge of brown defining her under-eyes, and extending upward into a sharp cat-eye. The look is further glamourised by brushed-out brows and mascara-coated lashes. All you have to do is draw your standard cat-eyed flicks with a light-brown eye-pencil. 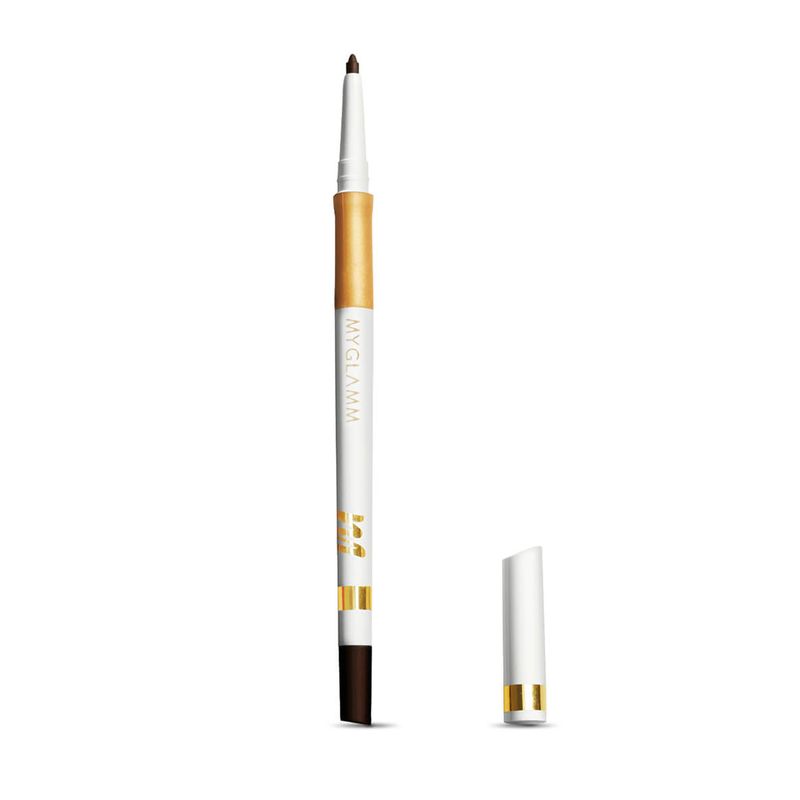 This one’s not as recent, but it’s iconic. Camila’s eyes underscore her look, and you cannot debate that. This is much like a wing—just bolder. Start of with a flick of black on the eyes like Camila before diving into the look.

There are two elements about this look you might’ve liked about this look — the tint of orange-red power-packed into the inner-corners of her under-eye, and the same shade sitting atop her upper-lids as a simple lines. The red compliments the deep-black winged-out flicks effortlessly, and accentuates the flutter of her mascara-tipped lashes.

A Play Of Purple

You’ll always spot a pop of colour descending upon Halsey lids — her Instagram is aflutter with colours. Notice how she has embellished her lids with a sparkling shade of blue, and teased the under-eyes with purple in this one — the colours almost melt into one another, and lend a certain softness of her aesthetic. You can pack the crease of your lid with pink to capture the essence of the look.

Hello, shaved-off eyebrows. Honestly — we’re not proposing shaving off your head and eyebrows like Doja did (unless you want to). But for anyone who loves creating bold, adventurous looks, this one’s for you. You can use makeup to conceal your brows — or if you have inconspicuous brows, you can skip this step. This look displays sky-blue wings reaching for the temples, and a play of red and yellow spilling over the eyebrows. Very Doja-esque, no?

This one’s back from 2020, but we’re still not over this look. Just draw two lines above the crease of your eyes, and you’re done! Despite being so minimal, it’s super statement-making and so pretty!

Leave it to Doja to extend her eyeliner to the brows regardless of whether she’s shaved them off or not. Doja has drowned her lids in a Julia Fox-like eye, and concluded with flicks of green framing the wings as well as the under-brow. If drama had a picture, this would be it. This one might look tricky to replicate; but it’s pretty simple. Just draw a cat-eye on each lid, and fill it in with eyeliner. You can use lash-glue to attach black rhinestones to the inside like Doja has. Now — just frame the cat-eye silhouette with green eyeliner, and draw flicks right under the tail of your brow to conclude. And use a glossy nude for the lips.

If Deepika has done it, you know it’s cool. Just draw simple flicks on the lids, and you’re good to go.

Khushi’s looks lends itself to the entire lid. Notice how a silhouette of glitter encases the wing. When you’re recreating this look, be sure to extend the blue to the under-eye area like Kapoor has done.

It’s clear that these streaks of colour reign supreme over strokes of black. Which one’s your favourite?