12 Emojis Guys Use When They Love or Like You ( Flirty, Cute and Naughty Emoticons)

In this world of virtual love, how do you tell if a guy likes you without really gazing into his eyes and seeing the warmth that lies underneath? By deciphering his emoji game, of course! Sounds tough? Don’t worry, we’re here to help!

What Does It Mean When Guys Use Emojis

What do emojis mean from guys? Here are 10 emojis guys use when they love you!

Has he been playing the ‘innocent boy’ for too long now? Chances are he is doing this only to impress you! No guy wants to look all that ‘bad’ in front of the girl he really likes, now does he? So his ‘angel face’ emoji is telling you he is as sweet as an angel – it’s up to you to believe him or not!

Also Read: How to Propose a Boy

If he likes you, he wants to hug you. It’s as simple as that. Even though the emoji is kind of creepy in itself (like, seriously, what is up with those jazz hands?), it sends the message out loud and clear!

Ladies, he’s scared. He doesn’t know what you might or might not like. So if he is sending you the relieved face smile a little too often, know that he is thinking about what impression he is making on you. Now, isn’t that nice?

He really can’t be more obvious. When he is complimenting your DP or what you just said and adds the heart eyed emoji along with it, know that he is in too deep!

Also Read: How to Propose a Boy

It’s not really all about getting a kiss – he has four other options he could’ve used – but he is using the one with a heart. Why? Because he wants you to know there is more to this relationship than just the fooling around.

He could’ve sent you a normal, regular smile if he wanted to… But the fact that he chose to show you that he just blushed because of what you said is saying something! Go on, send him a heart kissy face emoji now! He deserves it!

Also Read: Things Girls Do When They Have Crush

7. The Cheeky Tongue Out Emoji

This is different from the usual mischievous tongue out emoticon. He is not kidding around with this one. This is his way of saying – ‘I am hope I am being funny and cute at the same time!’

8. The Laughing With Cold Sweat Emoji

The usual LOL is not enough for you. This one is the perfect proportion of laughter and nervousness, exactly the kind of emotions he feels when he’s trying to woo you!

Boys generally use this one when they’re testing the waters. He doesn’t know how you’ll react so he wants to be cute enough for you to forgive him in case he says something stupid. Isn’t that so totally adorable?!

What does it mean when a guy sends a heart emoji? Still confused! Not yellow? Not blue? A red heart? Hello? This boy is clearly in love…with you! (And if he’s sending more than one at the same time… He’s telling you that his feeling aren’t going to change anytime soon!)

Okay, now you two know each other better. Or okay, you’ve known each other for a long time, and you see he’s been sending you the rose emoji more often than never now? Whether he’s giving you a compliment or just replying to one of your messages, if he’s been sending a rose he likes you!

Every emoji has a secret meaning behind it and this one means that he’s probably a little hurt, maybe a little disappointed. If you see him using this emoji with you, know that things are a bit serious now and what you say or do has the power to affect him! 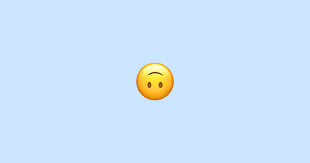 The upside-down smiley emoticon can be utilized as a clever reaction to any message, yet it can likewise uncover the passionate side of an individual. It shows that an individual can act naturally around you. They’re uncovering a beguiling side they wouldn’t normally show consistently, and he’s presumably being silly as well.

The couple’s emoticon isn’t routinely utilized on the grounds that it rapidly conveys the message of affection. Assuming a person sends you this, you can have confidence that he truly loves you and needs to take things further. He can camouflage it in normal messages like, “Hello! 👩‍❤️‍👨. How’s your day going?” 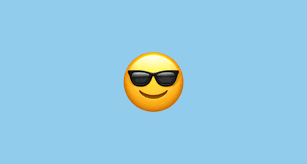 This emoticon has been described by somebody having a chill persona, however can likewise demonstrate different things.The smiley face with shades shows the silly and perky side of the individual, and when he sends it to a young lady, he’s demonstrating that he appreciates having discussions with her.

Folks normally utilize the winking emoticon to be a tease, however it can propose more than that occasionally. He may be by implication letting you know that he’s drawn to you, which he’s stowing away allegedly a clever reaction. 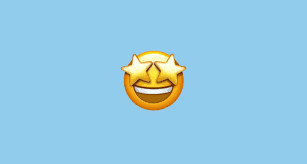 The star-looked emoticon is inseparable from the heart-eyed emoticon, and it shows tremendous happiness towards a particular subject. Assuming a person sends this to a young lady, it shows that he’s dazed by her words. Assuming he sends this in response to her image, it shows that he’s paralyzed by her excellence. Any way this emoticon is utilized shows a lot of bewilderment that can be portrayed with love.

Okay, now you two know each other better. Or okay, you’ve known each other for a long time, and you see he’s been sending you the rose emoji more often than never now? Whether he’s giving you a compliment or just replying to one of your messages, if he’s been sending a rose he likes you!