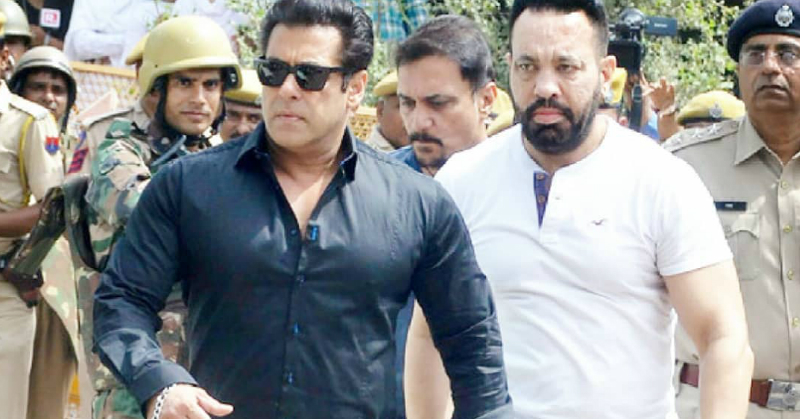 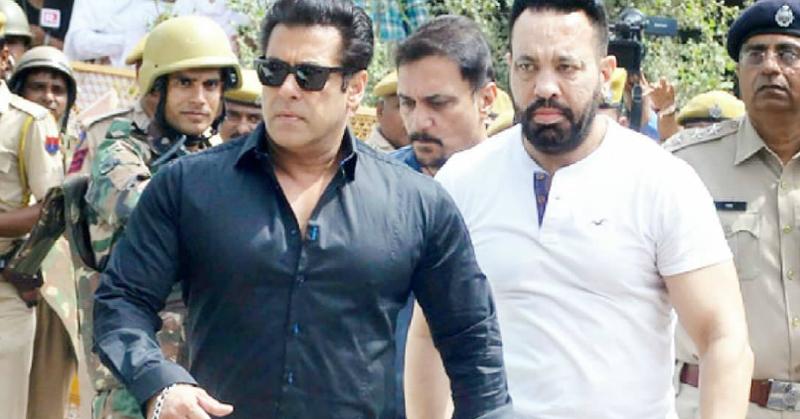 Salman’s bail order has been reserved for Saturday, 10:30 AM. With this Salman will spend another night in jail. During the bail appeal, Salman’s sisters and Bodyguard Shera were present in court and brother Sohail Khan planned to fly from Mumbai to Jodhpur at 11:45 am.

Salman Khan has already spent a night in jail as prisoner number 106. The sources revealed that Salman slept restlessly on a rug, refused jail’s dal-roti and accepted Asaram’s offer of food (Asaram’s food comes from a nearby ashram). The Barack no. 2 he stayed in, is just a curtain away from the Asaram’s. While the court’s decision of giving Salman five years in jail sounds like justice to many, Bollywood doesn’t stop disagreeing. People close to Salman including Malaika Arora Khan, Daisy Shah and Sonakshi Sinha visited his home in Mumbai yesterday.

A lot of diplomatic bhai-giri is coming out through Bollywood tweets. However, is Bollywood’s argument on Twitter to protect Salman solely emotional or does it have to do with the fact that around Rs 1,000 crore are riding on bhai? That’s right, Bollywood will be losing a lot of money if Salman is jailed for five years. Honestly, Bollywood’s tweets at this point are not at all surprising, but the Judge’s point makes more sense. People look up to him, his fans look up to Salman so much that they forget he’s a criminal. Repentance and charity are great, but killing humans, endangered species, trying to escape the punishments, adamantly supporting and promoting someone who is allegedly a criminal (Suraj Pancholi) don’t sound like heroic decisions. But Bollywood has its own mind in such cases and here are some tweets from Bollywood that might make you want to boycott these geniuses for a moment.

I feel bad. He should be given relief. He has done a lot of humanitarian work: Jaya Bachchan, Rajya Sabha MP on #SalmanKhan #BlackBuckPoachingCase pic.twitter.com/VUEM0RIweE

I am extremely shocked to hear @BeingSalmanKhan being convicted by session court but also having full trust in indian judiciary which has many other doors to appeal for final justice whatsoever. Since He is most loved person by industry N people for his human reasons too.

I know for a fact that Salman bhai and his family have the utmost respect and faith in our judiciary system. @BeingSalmanKhan is one of the strongest and most genuine people I know and I’m sure he will come out of this stronger.

Salman Khan had to visit Jodhpur for 20 years on regular basis for case hearings, He has suffered enough. Though Law is equal for all , but i feel Salman doesn’t deserve to go in Jail. Hope upper court will dismiss the lower court verdict . #BlackBuckPoachingCase

Killing endangered animals is a crime. But 5 years imprisonment for it is too much. Fine him Rs 5 crores and let him go.

The law takes its course. Can’t argue it. But at this point in time I just feel helpless and my heart goes out to @BeingSalmanKhan and his family. Reason, cause the last thing @BeingSalmanKhan is, is a criminal.I feel this is too harsh. I do hope he gets the relief he deserves.

Who are you to punish @BeingSalmanKhan . The life he has right now,more than himself he is living for others for all the needy people spreading so much of LOVE.
Wo zindagi unhe KHUDA ne bakshi hai,unhe KHUDA ne maaf kiya hai.
Do hell with such laws and such system 🖕🏻

Punishing a good human being is not acceptable.
Animal poaching is ever increasing, jungles are cut in the name of urban development, isn’t it leading to wildlife killing, who will be punished for that?#SalmanKhan@BeingSalmanKhan#BlackBuckPoachingCase

Of one thing I am dead sure..@BeingSalmanKhan would NEVER EVER harm any animal. He loves them too much. The real culprit should be exposed. 20 years is too long to bear someone else’s cross..

Extremely saddened by hearing about @BeingSalmanKhan , I have full faith in the law, and I hope they get lenient on behalf of the great humanitarian work that he is doing. #Salman Khan #WeSupportSalmanKhan #BlackBuckPoachingCase

In a world with no “NO” human rights, a great human being is being punished for killing an animal umpteen years ago under animal rights. Bash me all you want, but there’s something completely wrong about it.. mind you such human beings are our saving grace! #SalmanKhanVerdict

A million cases are pending and the guilty are free, we agree. However, when one culprit is finally being punished after 20 years, Bollywood, an industry that the world looks up to, doesn’t even want that to happen. We hope to see justice!