After a long wait, the teaser of Sanjay Leela Bhansali’s Gangubai Kathiawadi finally dropped yesterday. And there is just so much that we need to say about Alia Bhatt right now. Alia plays the titular character in the film, which is based on the life of Gangubai Kothewali, the famous brothel owner from Mumbai’s Kamathipura. Sanjay Leela Bhansali has taken inspiration from Hussain Zaidi’s book Mafia Queens of Mumbai for the film.

Now, we should perhaps begin with Alia’s seamless transformation into the character. She really does look like a force of power coming quite close to Zaidi’s description of Gangubai in her heydays in the 1960s. Well, that’s something that Bhansali is really good at, bringing out the characters from the most unexpected of actors. However, it is Alia’s look in the film that has us impressed. Here’s what we are loving about Alia’s rendition of Gangubai:

It is said that Gangubai belonged to a family of lawyers from Gujarat who eloped with her lover and was then sold by him to a Kamthipura brothel for Rs 500. While she initially resisted, Gangubai later gave in. She decided to make the best of her situation and started persuading wealthy clients. She soon became the owner of the brothel, made connections in the underworld, and became rich. This explains why a mention of her Bentley and opulent sarees is always made with her name.

Alia’s stylist and Bhansali have done a great job at bringing out that old-world charm in the film. With a reigning palette of white and muted reds, Alia has been given a wardrobe rich in mulmul sarees, dorias, and gold zari.

In one of the most notable looks, Alia is seen dressed in a breezy mulmul with a muted gold border. As stunning as her saree is the crew neck blouse detailed with gold buttons and unlined, partially see-through sleeves.

Clearly, a lot of thought has gone into bringing out the eccentricities of Gangubai who hailed from an influential family, exuded confidence and feared none.

“Na police see, na MLA see, na mantri se. Kisi ke baap see nahi darne ka,” Alia is heard saying in the teaser while dressed in a red khaadi saree and we can feel the power of the character.

In the trailer, she is mostly seen wearing crew neck blouses true to the spirit of the Indian cinema back in the 60s. Done is breezy fabrics, her outfits suggest opulence with their gold detailing and thread embroideries. We’d give it to the film’s stylist for paying attention to the nuances of Gangubai’s look. Embellishing soft chiffons and mulmul in thread embroidery is not an easy craft even today, costs a bomb, and thus subtly brings out how wealthy she was during her high point.

Gangubai lived her prime during one of the most celebrated eras of the Indian film industry. The 1960s was the decade of Mughal-E-Azam, Guide, An Evening in Paris, colour and grandeur.

The frame bag that Alia carries with the majority of her looks in her trailer, the oversized red bindi, and the lenon sunglasses are actually the culmination of fashion aesthetic in the 1960s. There is a certain authority, a certain power to the look that cannot be overlooked.

In yet another notable look in the teaser, Alia is seen dancing on the streets of Mumbai dressed in an ivory georgette featuring gold embellishments. And it is the red flowers in her hair that are doing it for us in the look!

Like it has always been said, fashion is, in fact, political and does so much more than just making a character look good. A careful look at Alia in Gangubai’s trailer and more than anything else it is her style that does all the talking and tells us so much about the character. As apparent, we have been truly smitten with this heady amalgamation of power and style and cannot wait to see more of Alia in the film.

Psst…noticed Alia’s intense kohl in the teaser? Here’s how you can recreate the look: 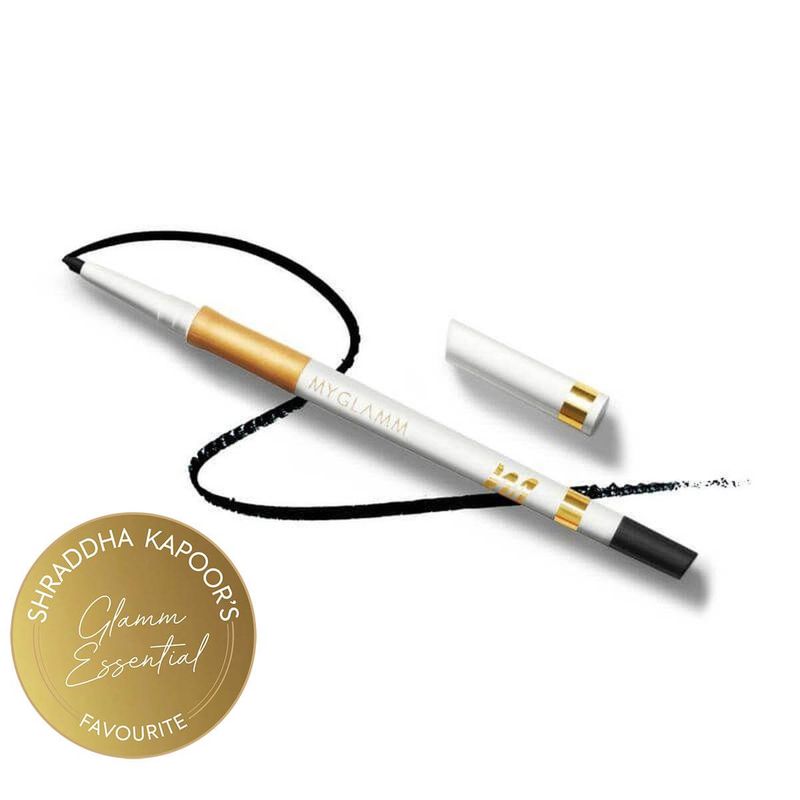