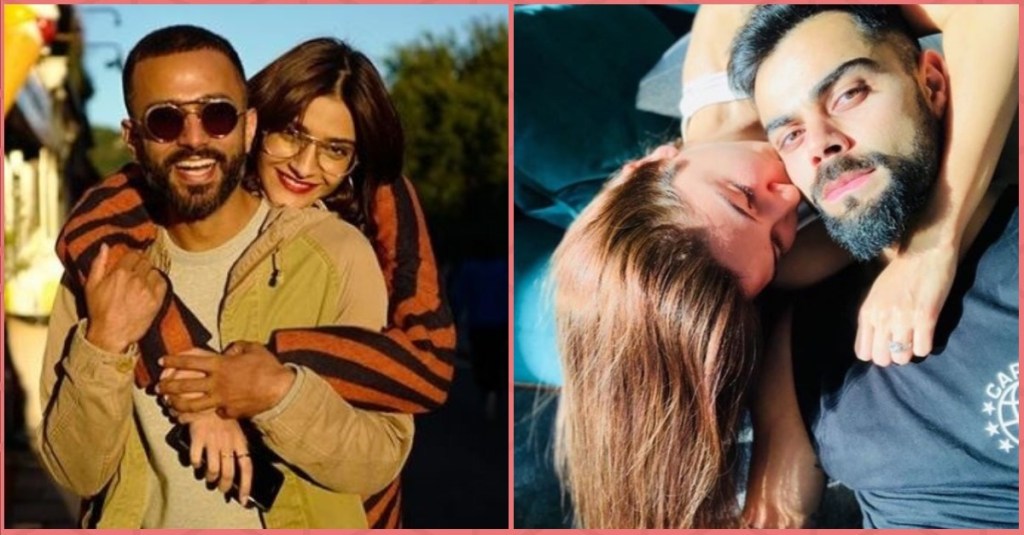 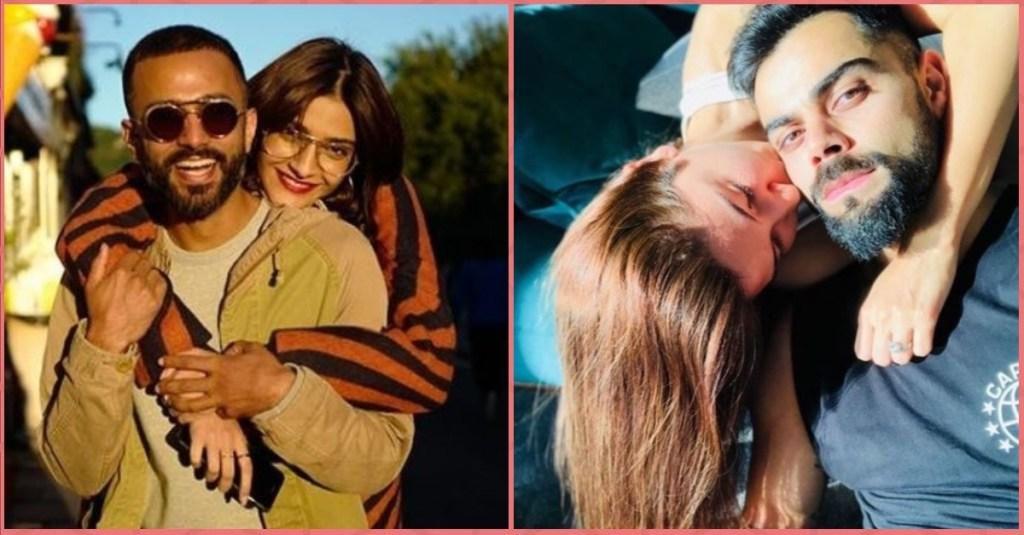 9 Times Bollywood Celebs Had Us Gushing With Their PDA

In the glamorous world of tinsel town, celebs change their partners almost like they do their outfits. But in that commotion somewhere, even true love manages to flourish and we’ve learned that through these made-for-each-other-couples. Their oozing adoration for each other shows in their partnership both on and off screen and we’re here rooting for them.

As far as PDA goes, there are a few pairs whose constant love and support for each other just makes extremely happy and here a few instances.

After their #EverydayPhenomenal wedding, there isn’t a person in the country who doesn’t think Sonam Kapoor and Anand Ahuja aren’t meant to be. Their mush on social media has us floored and they don’t shy away from declaring their deep feelings for each other. We love Sonam’s Insta story updates on video calling Anand or romantic dinner dates together. My personal fave is this picture that Anand put with the caption, “Its wonderful to be loved. It’s profound to be understood.”

Wishing you all a very happy, healthy and prosperous New year. Love and light to all. 🙏😇

Their dreamy Tuscan wedding was one for the ages, right?! This actor-cricketer duo power couple shows the world that you can be a leader in your own field and also support each other to be the best version of themselves. These two have definitely given us #goals time and again be it Virat talking about his lady love during interviews or Anushka being RCB’s biggest cheerleader. But mine is still the time he kissed his ring after making a smashing 150 runs in a match in ode to his new bride.

These two have kept their relationship on the down low never openly accepting that they are dating. However, neither do they deny it. But this Ram-Leela pair has all of us screaming for another massive Bolly shaadi. As far as PDA goes, ever looked at a lovestruck Ranveer commenting on DP’s stunning pictures? Oh! It’s gold, believe us!

#throwback to Cannes in 2007 shortly after our marriage. And now the Mrs. is on #instagram too @aishwaryaraibachchan_arb show the love guys. #MrsB

This happily married duo still manages to give us all something to aspire to have with our bae. They’ve been together for over a decade and still haven’t become like those boring couples. Abhishek is always lovelorn over his gorgeous wifey and keeps posting the sweetest messages for the world be see and awww!

Oh, you make me smile

Parents-to-be to baby number 2 are always taking the mush quotient a tad higher. Even though they had a marriage arranged by their parents, they grew to fall in love with each other deeply. Everywhere they go it’s hand-in-hand and their cheesy romance has us all swooning. Who remembers their major PDA during Koffee With Karan, that was something!

And my best friend flies in for a Valentine’s day surprise with, ‘Both are not for you, one is for my daughter! ‘ #happyvalentinesday

Because this happily married pair doesn’t do too much PDA when they do do it, we’re always left wanting more. MrsFunnyBones and Khiladi Kumar and their simple life with their two kids is exactly what real relationships are made of. We love their fam vacay time and especially when Akshay pampers the love of his life.

Aww, these two B-town sweethearts are the apples of everyone’s eyes. Their cuteness apart and together can light up an entire room. The love they both have for their kids and extreme adoration for each other fills our hearts. The two are constantly sharing photos together and giving fans something to feel gushy-mushy over. Who remembers these Musically clips they shot which went viral, oh yes, absolutely what we’re living for!

This pair is slowly becoming a fan favourite especially because they are very much crazy about each other and aren’t afraid to show it. Their geniune emotions and care for each other shows during interviews as well as on social media where they are very active. This kind of bond is hard and refreshing to find in an industry looking to pull each other down.

One month down … forever to go 😍… love you @angadbedi ❤️❤️❤️

These newlyweds just finished a month of being married and we couldn’t be happier. Thier low-key family only wedding was the ultimate intimate affair without any of the madness that desi shaadis usually call for. Since then, they’ve been sharing pictures of each other and just enjoying marital bliss. Oh how we can’t get enough of it!

So just like in Bollywood movies, even real life has it’s happily ever after. ❤